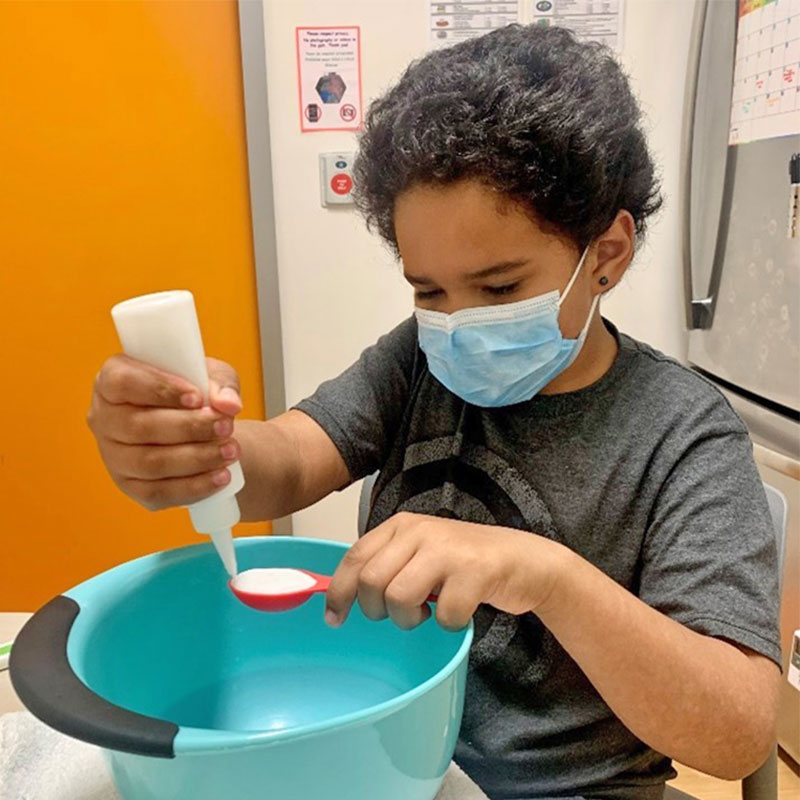 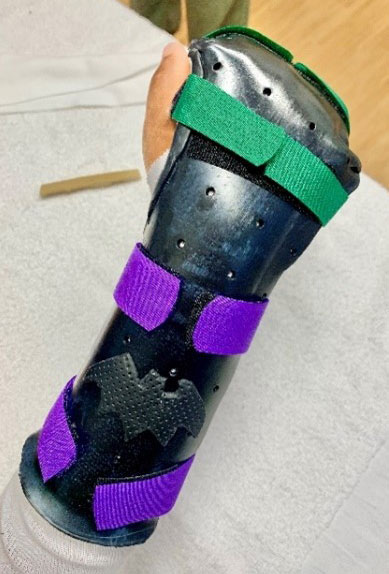 Eleven-year-old Rodney was cutting into a watermelon at home for a snack for him and his sister. Rodney ended up playing with the knife and the watermelon rind, and unfortunately the knife slipped, severely damaging his hand in all four fingers. Rodney’s sister alerted their mother and he was rushed straight to the emergency room at MemorialCare Miller Children’s & Women’s Hospital Long Beach. Rodney was scared, but his mother did their best to keep him calm and reassure him that everything was going to be ok while they were on their way to the hospital. After his initial evaluation in the Emergency room, the pediatric hand and upper extremity specialist, Dr. Anna Acosta was consulted to determine the best surgical option to repair his hand.

Dr. Acosta's dual fellowships in both pediatric orthopedics and orthopedic hand and upper extremity surgery, made her the right surgeon for the job. Dr. Acosta is part of the Orthopedic Center at MemorialCare Miller Children's & Women's Hospital Long Beach and her expertise allows for the treatment of intricate hand injuries and abnormalities. She was immediately able to help Rodney and his mother feel a little less nervous about the situation. Rodney was fearful that he might lose his fingers, but Dr. Acosta was able to answer his questions and help Rodney’s mother and father understand more about the surgical procedure. She described what would happen immediately after surgery, what would happen in the clinic and what to expect long term; hoping for and anticipating the best outcome possible and return of the full use of his hand.

Dr. Acosta performed a complex, multi-digit procedure to repair the flexor tendons, which very few surgeons are specialized enough to perform. Rodney’s injury was a Zone II Flexor Tendon Injury. This region of the hand is considered “No Man’s Land”, as there are many important high-risk anatomical structures involved. These structures include tendons, neurovascular bundles, pulleys, ligaments, and nerves allowing for sensation, functional grasp, gripping, pinching, and closing the hand.

This is an area that contains many important structures of the hand and is the most difficult to fix. It is the center of the hand where most of the hand’s function comes from and can not only be difficult to fix, but even more difficult to rehabilitate. Without function of this area, Rodney would lose sensation to fingertips, functional grip, strength, pinch and the ability to close his hand.

Surgery alone wouldn’t give Rodney full function of his hand. He would need months of rehabilitation sessions. The occupational therapy team at Miller Children’s & Women’s, who specializes in hand therapy developed a plan to get Rodney back to the things he loves, like basketball and playing the trumpet.

They created custom thermoplastic orthoses to assist in proper healing of his hand after surgery. Knowing that Rodney’s favorite superhero was Batman, the hand therapy team was able to personalize his orthosis with a thermoplastic Batman logo and purple-colored straps, making him more comfortable with the process.

The hand therapy team first focused on decreasing swelling, reducing scarring, and regaining his active and passive range of motion of his fingers. Rodney spent around three and a half months with the therapy team before his hand was fully healed. Within that time, he was able to progress to strengthening his hands, perfecting his fine motor coordination (writing, typing, picking up small objects), full force gripping, and finally, a full return to playing basketball.

Rodney and his family loved their experience with the hand therapy team. While in therapy, the team would explain everything in detail, and took their time to make sure Rodney understood what they were going to do. The team made sure that he was comfortable and were very careful and considerate about how Rodney was progressing throughout his therapy.

"It really amazes me how quickly the hand therapy team was able to get Rodney's hand back to normal function," says Rodney’s mother. "Every once in a while, Rodney has to do hand exercises for some stiffness, but overall, he sometimes forgets that he even had a hand injury to begin with.