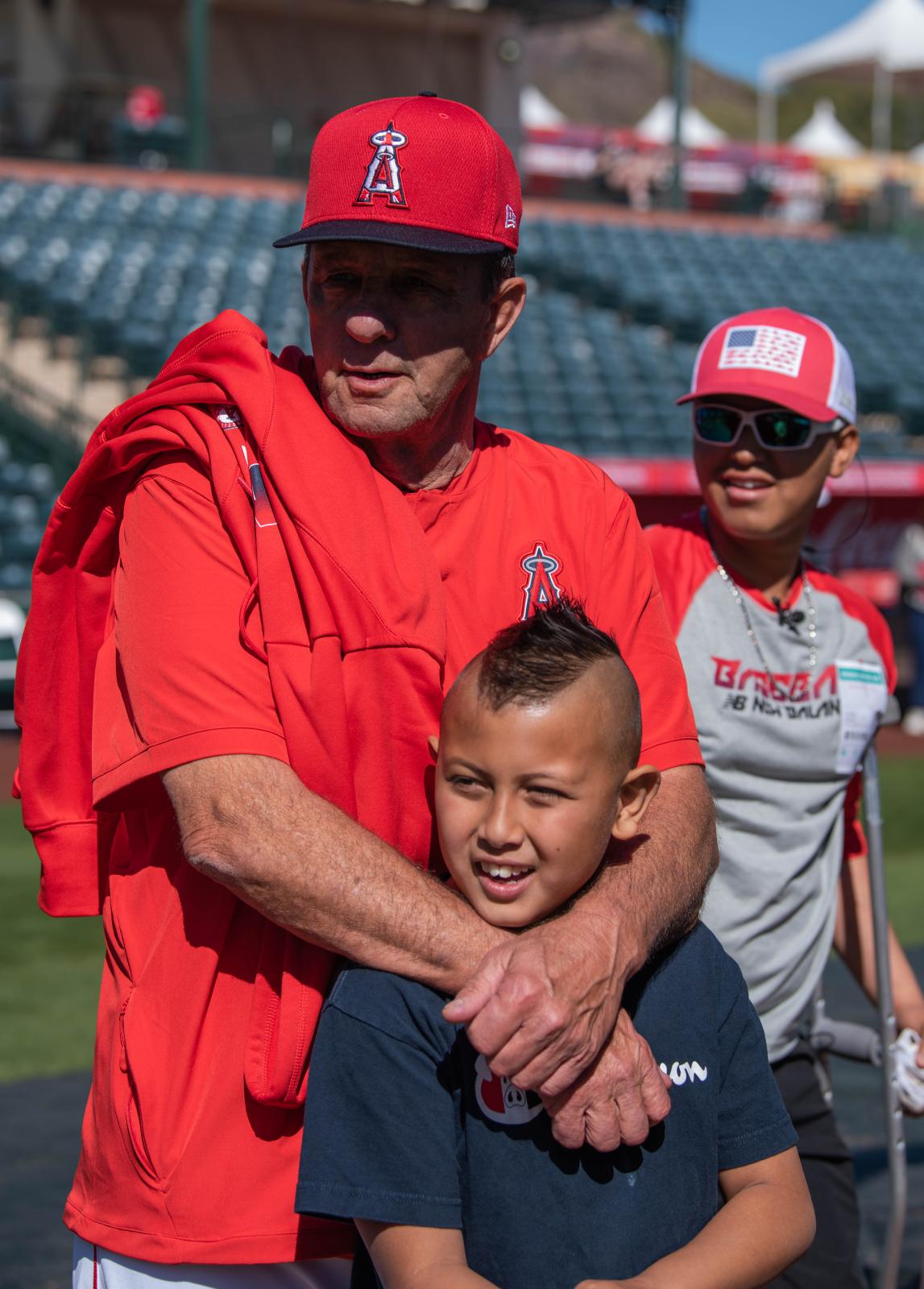 The event took place before the Angels Spring Training game at Tempe Diablo Stadium in Tempe, AZ. Several Angels coaches and players, including General Manager Billy Eppler, joined the cause and shaved their heads in solidarity with kids fighting cancer.

Angels fans were invited to join the head-shaving cause. With a $100 donation they had a chance to have their head shaved alongside their favorite Angels coaches and players, and Maddon.

Bringing even more magic to the event, Foundation 90 invited Caleb Bradfield (10) to the game. Caleb is a Jonathan Jaques Children’s Cancer Institute patient champion. Caleb was diagnosed with a stage IV neuroblastoma in October 2015. Since his diagnosis, Caleb was treated with chemotherapy, two stem cell transplants, radiation and immunotherapy.

Caleb and his parents continue to have a close relationship with the care team at the Jonathan Jaques Children’s Cancer Institute. Together with his care team, they decided on scheduled imaging tests every 6 months to observe for any signs of recurrence.

“Balding All Angels is our opportunity to give back to our heroes — kids like Caleb who are faced with cancer,” said Maddon. “I’m proud of my team and the fans for coming together to support pediatric cancer research and make a difference in the lives of kids in our community who are up against a cancer diagnosis.”

While Balding All Angels is Maddon’s ninth annual head-shaving event, this is his first with the Angels organization. To date, the Respect 90 Foundation has helped raise more than $350,000 for childhood cancer research.

One of only 10 children’s hospitals to have full accreditation through the Commission on Cancer of the American College of Surgeons, the Jonathan Jaques Children’s Cancer Institute at MemorialCare Miller Children’s & Women’s Hospital Long Beach provides quality, compassionate care to children with cancer, sickle cell disease and other serious blood disorders. The robust Institute also offers a Teen & Young Adult and Survivorship Program — managing late effects of treatment. Psychosocial support programs, including the a School Reintegration Program, are woven throughout the plan of care and ensure patients and families learn to cope with all aspects of childhood cancer. A strong emphasis on integrating new research efforts into treatment plans gives patients access to the latest therapies. 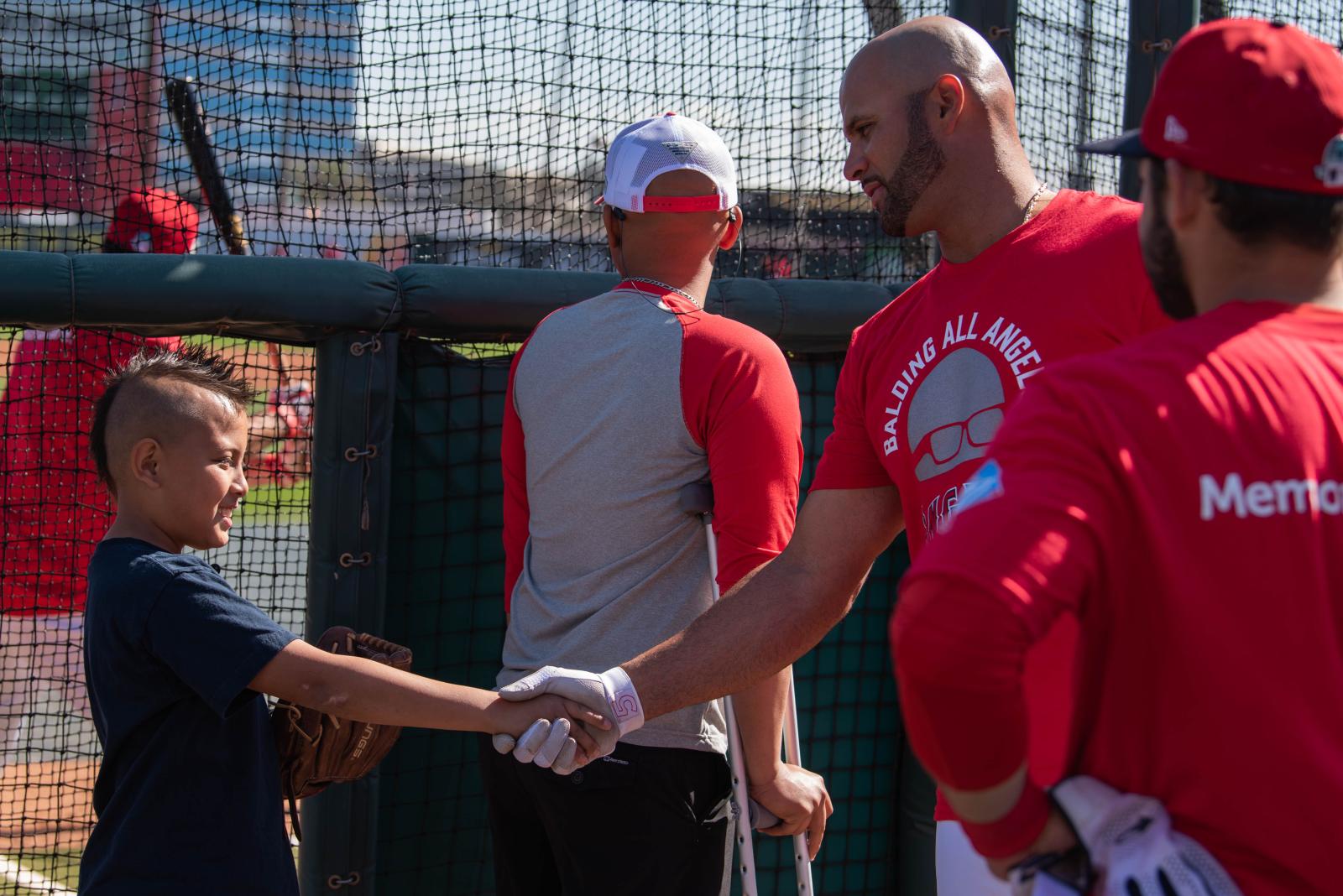 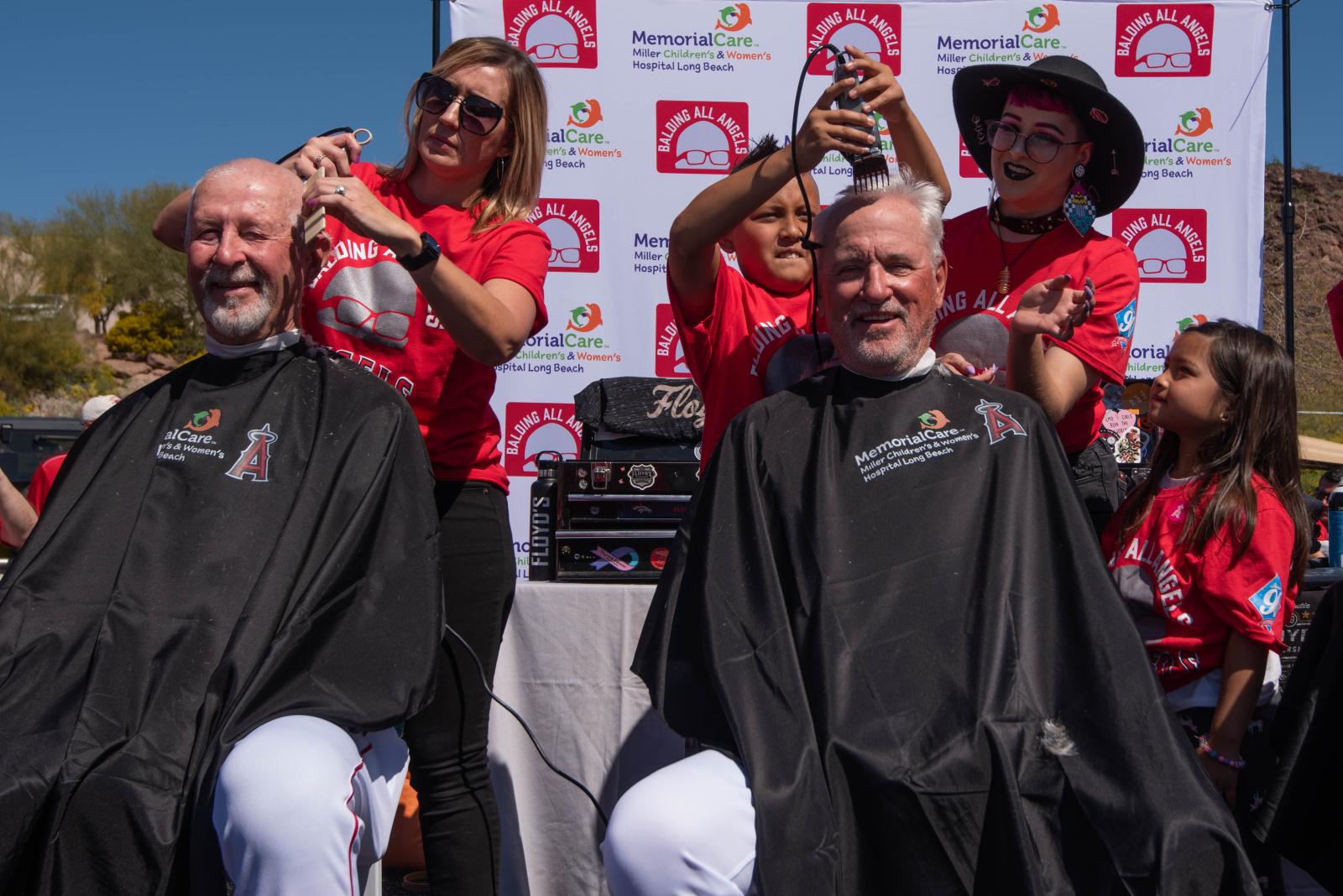 Caleb (10) kicks off the Balding All Angels event by shaving the head of Angels manager, Joe Maddon (right). 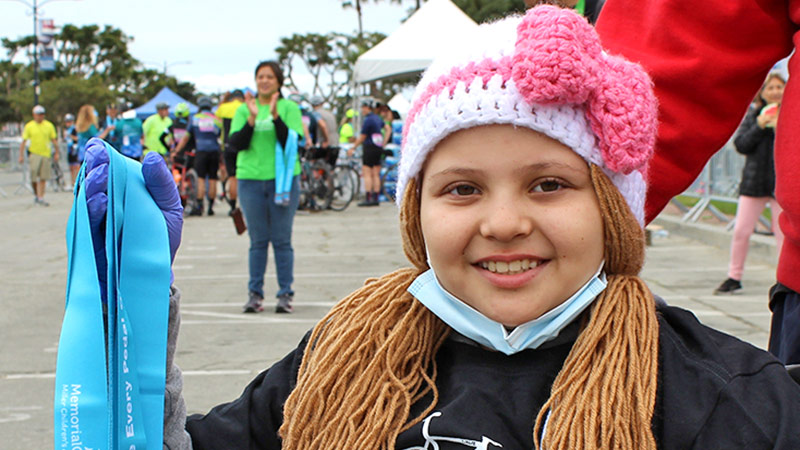