Charly Fights, Survives and Accomplishes His Wish Thanks to the Love of His Family and Care Teams 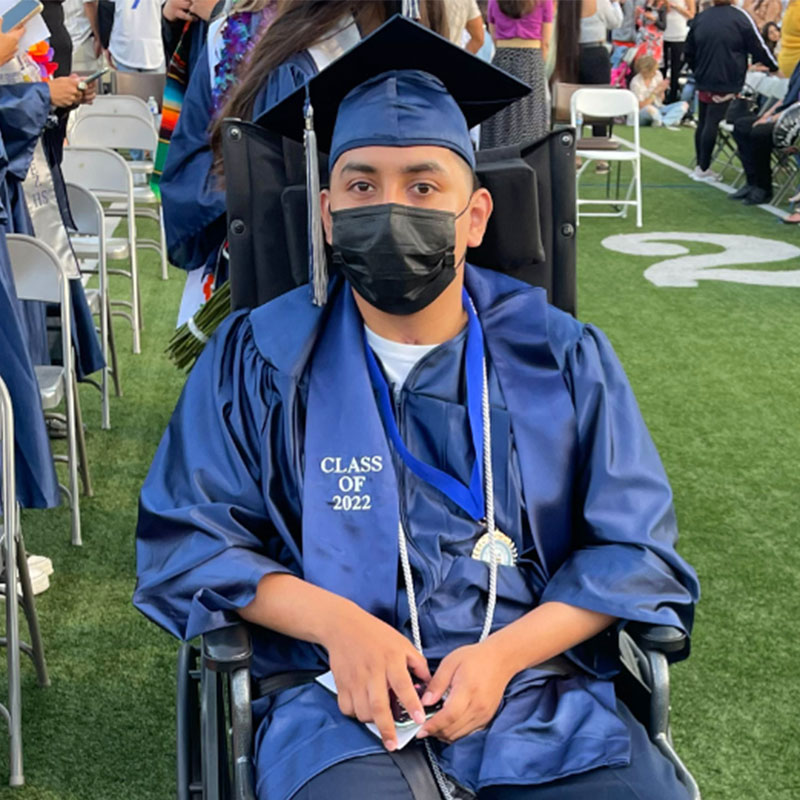 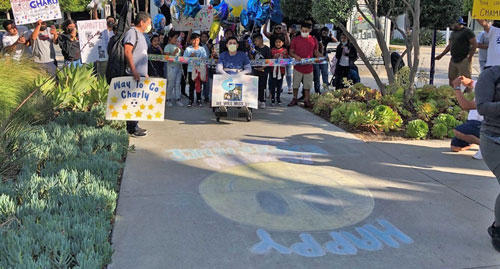 In August 2021, 17-year-old Charly was biking on a riverbed, when an onlooker saw him fall off his bike. Paramedics were called and he was rushed to the emergency department and then admitted to the Pediatric Intensive Care Unit (PICU) at MemorialCare Miller Children’s & Women’s Hospital Long Beach.

Charly was diagnosed with severe Traumatic Brain Injury (TBI) due to the fall from his bicycle. While in the PICU, Charly was under the care of Christopher Babbitt, M.D., medical director, Pediatric Intensive Care Unit (PICU), MemorialCare Miller Children’s & Women’s Hospital Long Beach. In the PICU, Charly was on a ventilator and was in a medically induced coma to help his brain heal from the injuries it had sustained. Charly spent nearly two months recovering from his hemorrhages and injuries, and was moved to a sub-acute rehabilitation facility in Whittier to further his progress, as he was not yet able to endure the three-hour rehabilitation sessions required at Miller Children's & Women's.

“For about a week or so, Charly had elevated pressure in his head and his brain was swollen,” says
Dr. Babbitt. “He was on the ventilator for quite a while, and with this degree of severe TBI, many people do not survive or have much recovery. Charly, however, was a fighter, and over time he managed to stabilize and come off the ventilator and leave the PICU.”

As Charly progressed, he became stronger and able to complete his daily three-hour rehabilitation sessions which include occupational therapy, physical therapy, and speech therapy under the direction of Kimberly BeDell, M.D., Medical Director, Pediatric Rehabilitation, MemorialCare Miller Children’s & Women’s Hospital Long Beach.. He slowly but surely began to learn how to walk and talk again – a drastic improvement from his condition several months earlier. Eventually, the rehabilitation team added recreational and pool therapy into Charly’s sessions, and with the continued support of the entire pediatric rehabilitation team which included neuropsychologist, social worker, dietician, child life specialist, and music therapist, Charly continued to thrive.

While he was in the rehabilitation program, Charly also participated in the Hospital School Program at Miller Children’s & Women’s. Hospital teachers collaborate with the rehabilitation team caring for Charly to help keep him on track to graduate high school. The teachers worked at least an hour each day with him to keep his grades up and get him through the last two classes he needed to graduate. 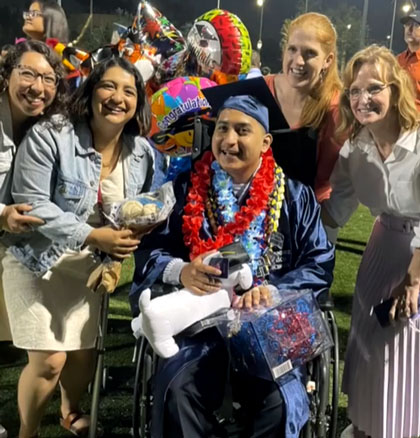 “The family really defined the true essence of love,” says Lisa Fasnacht-Hill, Ph.D., pediatric neuropsychologist, MemorialCare Miller Children’s & Women’s Hospital Long Beach. “Their commitment to Charly is beyond what anyone would expect.”