The Stroke Center provides comprehensive assessment and treatment for children and infants who suffer from strokes and employ preventative measures for children who are at risk for stroke. Newborns, especially full-term infants, are susceptible to stroke. Also children with sickle cell anemia, congenital heart disease, congenital heart defects, immune disorders or problems with blood clotting are at a high risk of stroke. Miller Children’s & Women’s has the only pediatric Stroke Program in Los Angeles and Orange Counties.

Symptoms of Stroke in Kids

Symptoms of stroke in children are the same as they are in adults. Although most don’t realize that children can have strokes, so recognition of a stroke is often delayed or missed. Early recognition and treatment during the first critical hours and days after a stroke helps to ensure best possible recovery outcomes and prevent recurrence. Some of the symptoms include:

In many cases children with cerebrovascular disease, transient ischemic attack (TIA), an overt stroke or a silent stroke, treatment focuses on restoring blood flow to the brain. If less than three hours have passed since symptoms began, doctors may use medicine that dissolves blood clots. Other medicines may be given to prevent blood clots and control symptoms.

The Stroke Program care team follows all patients who have had a stroke, a transient ischemic attack (TIA), patients from the Sickle Cell CCS Center or newborns from the newborn nursery at the BirthCare Center, who are at-risk or suspected of having a stroke, are screened under the Sickle Cell Program. Some of these patients have been referred after preliminary screening and testing have been done elsewhere. Screening is done through a transcranial Doppler ultrasound at the Sickle Program, which provides early detection of patients at risk for stroke.

The hematologist/oncologists and all members of the Jonathan Jaques Children’s Cancer Institute multi-disciplinary care team plus a neurologist help to prevent a stroke from occurring or work to ensure that a reoccurrence won’t happen, through preventative measures. 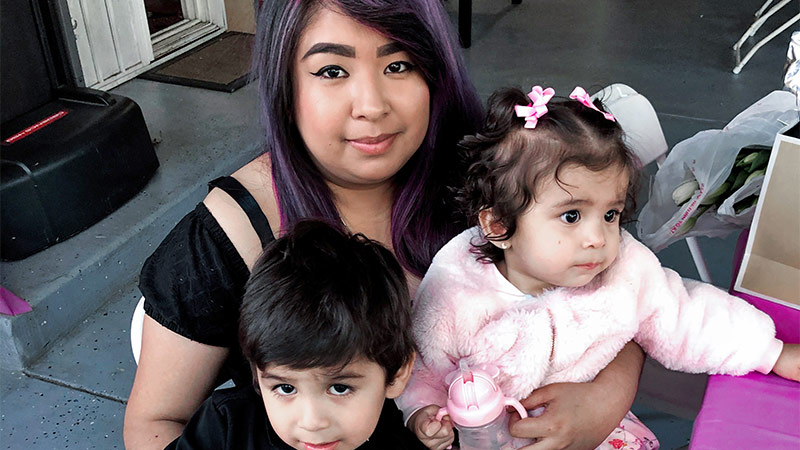