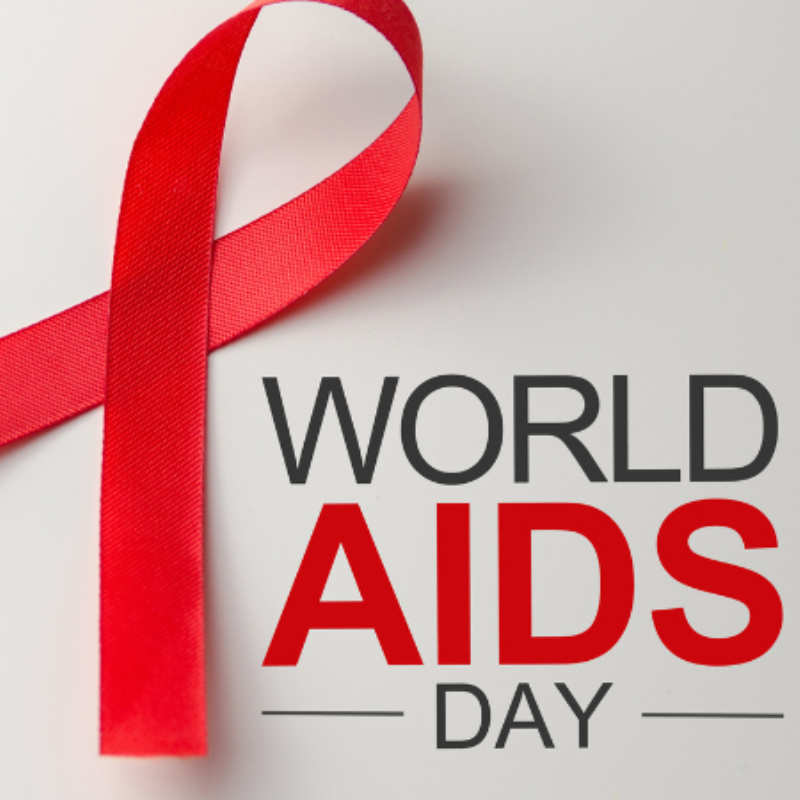 MemorialCare Miller Children’s & Women’s Hospital Long Beach celebrates World AIDS Day by commemorating the achievements and breakthroughs accomplished in the fight against HIV/AIDS. Each year, Miller Children’s lights the outside of its hospital red in solidary with those affected by HIV/AIDS and displays an oversized red awareness ribbon at its main entrance. In addition, there is an annual educational event for physicians and community members to learn about the latest breakthroughs in research and treatment and therapies.

The Bickerstaff Pediatric Family Center at Miller Children’s & Women’s have done wonders to fight HIV/AIDS over its 30-year history in Long Beach. The Bickerstaff Center team – who cares for infants, children, adolescents, and pregnant women who are at risk for, or infected with, HIV/AIDS, acute community-acquired illnesses, chronic infections, and other immunological disorders – have celebrated more than 26 years of zero mother to baby HIV transmissions.

“We’re so proud of the work our center has done over several decades not only to offer the best outcomes for mothers and their children, but to further educate, support and advance medical care for those in our community affected by this complex disease,” says Tempe Chen, M.D., pediatric infectious disease specialist, Bickerstaff Center, Miller Children’s & Women’s.

None of this would have been possible if it wasn’t for the work of Glenn and Debbie Bickerstaff, whose philanthropic contributions have kept these key services available to the Long Beach Community.

Glen and Debbie Bickerstaff always cared for their communities, but they leaned into healthcare after Debbie Bickerstaff was hospitalized and required a blood transfusion in the early 80’s. Back then blood transfusions weren’t guaranteed to not infect you with another illness. Since she came away with her good health intact, they made a promise together no matter what, they would help others do the same. To honor their promise, they created the Bickerstaff Family Foundation to help others by volunteering and helping patients with HIV.

Debbie Bickerstaff called the MemorialCare Miller Children’s & Women’s Hospital Long Beach HIV clinic, who were eager to have her volunteer. Bickerstaff easily engaged with the patients and developed a genuine rapport with those she helped. Bickerstaff began asking the medical team of the HIV clinic what they needed most and routinely cut checks to support their services for patients and their families. Several years after starting their volunteering efforts, Debbie and Glen Bickerstaff provided a $4.5 million donation to the foundation in support of the HIV Clinic, which had appropriately been re-named the Bickerstaff Pediatric Family Center.