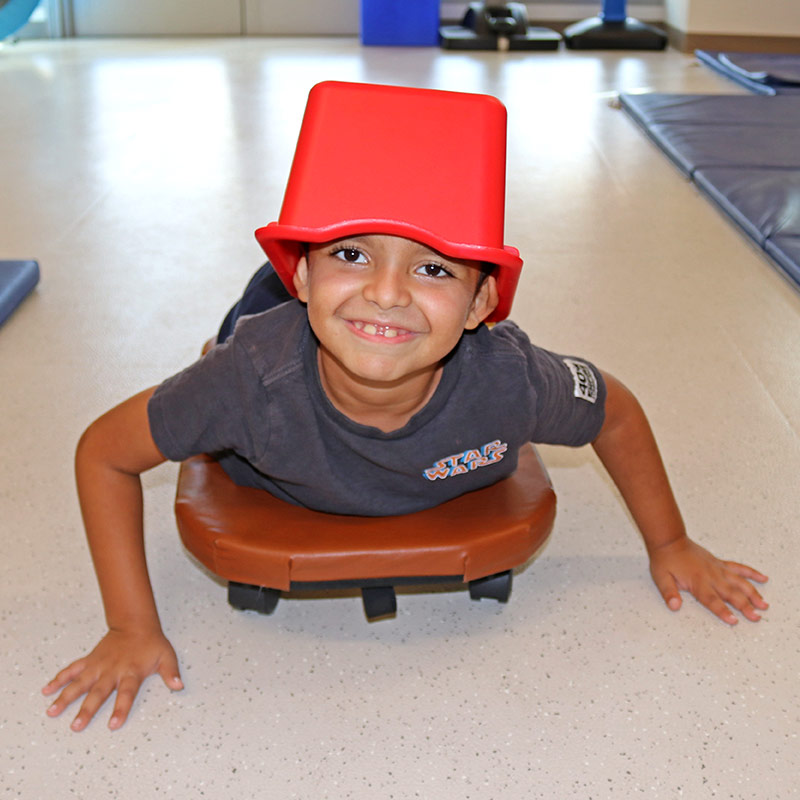 When Sebastian was born, he experienced severe breathing complications, and needed to be airlifted to another hospital, where he was examined by a genetics team. After inconclusive tests, Sebastian was transferred to MemorialCare Miller Children’s & Women’s Hospital Long Beach where physicians performed more tests. He spent his first 30 days of life on a ventilator in the Neonatal Intensive Care Unit (NICU). Three months later and after countless tests, Sebastian was diagnosed with Schwachman-Diamond Syndrome. For Sebastian and his parents, this was the start of getting Sebastian on the path to recovery.

Schwachman-Diamond Syndrome is a rare genetic condition in which bone marrow complicates the white blood cells and affects the skeletal growth of a child. As a result, Sebastian was losing blood at a drastic level and was underweight at 3-months-old. Sebastian regularly visited the office of the late Paula Groncy, M.D., pediatric hematologist/oncologist, Jonathan Jaques Children’s Cancer Institute, MemorialCare Miller Children’s & Women’s. During his visits, Dr. Groncy would tell Sebastian’s mom, Cynthia, about how fortunate he was to be at MemorialCare Miller Children’s & Women’s and how brave he was at his age.

“Dr. Groncy informed me about previous cases and the possible outcomes that come from Schwachman-Diamond Syndrome,” says Cynthia. “She told me how strong Sebastian was and that he would receive great care at MemorialCare Miller Children’s & Women’s.” 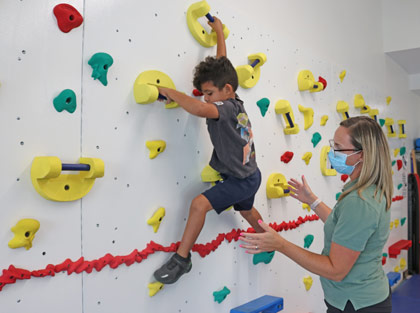 Starting at 3 years old, Sebastian attended physical therapy at the Rehabilitation Center at MemorialCare Miller Children’s & Women’s. The pediatric physical therapists know that movement is essential for children. The goal for the child is to help them improve movement and achieve the highest level of physical functioning. The family is supported by services that empower them to care for their child. For the past few years, Sebastian has worked solely with physical therapist Stacie Ritchie, PT, DPT, PCS, Doctor of Physical Therapy. When he sees her, they focus on his cardiopulmonary development to help him gain strength and movement in his ribcage.

Over the years, Sebastian also was diagnosed with thoracic insufficiency syndrome, where there is a deformity along the chest that prevents development and function of the lungs.

“We’ve worked hard on his breathing skills and have done a lot of hands-on therapy,” says Stacie. “His breathing has significantly improved and hopefully will not need another surgery.”

When the pandemic started, Sebastian’s mom felt uncertain about his health risk since Schwachman-Diamond Syndrome weakens the immune system. However, Sebastian continued to attend physical therapy so he wouldn’t lose any momentum in gaining of his strength.

“Everyone makes sure that it’s a safe environment for Sebastian,” says Cynthia. “Every time we visit, I don’t have any concerns, because I know the team is following the appropriate safety protocols.”

Sebastian is 7 years old today, and he continues to receive physical therapy. Every day, he is getting stronger and healthier.

Cynthia says, “When Sebastian visits Stacie, he’s not only improving physically, but he also thinks of it as playtime. His sessions involve a range of activities that make him love spending time at MemorialCare Miller Children’s & Women’s.”