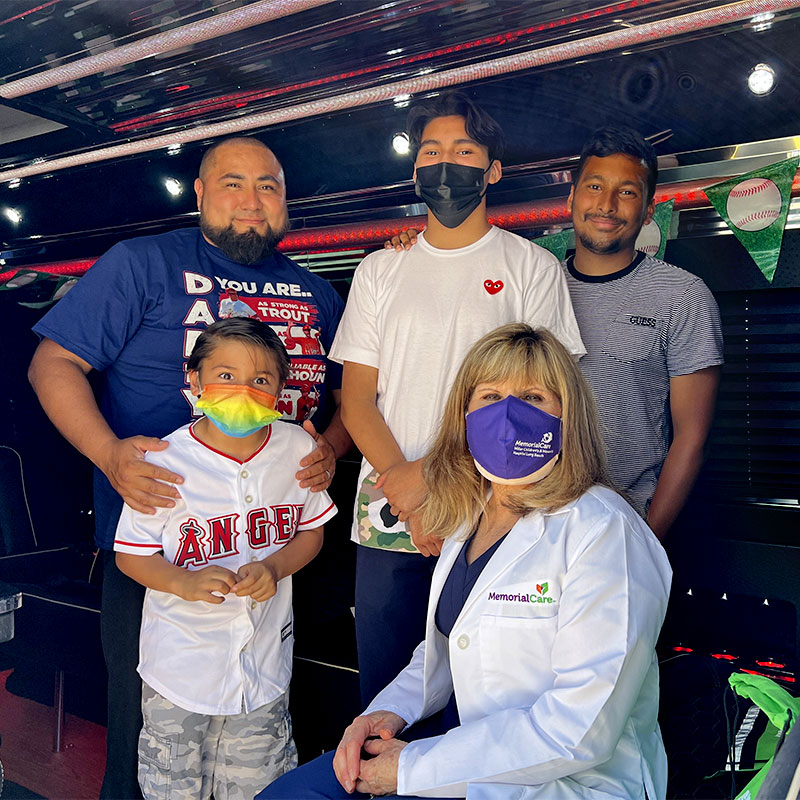 On Tuesday, July 19, two lucky patients from MemorialCare Miller Children’s & Women’s Hospital Long Beach were invited to the 2022 All-Star Game thanks to Angels Baseball, Shohei Ohtani, and Major League Baseball. Benicio, 7, was accompanied by his father, Jose, and Noe, 15, was accompanied by his older brother, Gerardo. Thanks to the Angels’ partnership with MemorialCare, the two families were able to sit field-level and witness their favorite players from across the world face off in one of the biggest baseball events of the year.

Benicio was extremely excited to go, having watched his first game at eight months old, he has grown up with the sport and has loved baseball ever since. In 2019, Benicio’s parents took him to MemorialCare Miller Children’s & Women’s when they noticed he was having some developmental issues. After meeting with Gary Feldman, M.D., medical director of the Stramski Children’s Developmental Center at MemorialCare Miller Children’s & Women’s, he was diagnosed and continues to receive care for autism spectrum disorder level II, delayed social skills, sensory integration disorder, and generalized anxiety disorder. As part of his care, Benicio also attends weekly group therapy sessions via Zoom with Stephanie Davis, speech-language pathologist, to work on his perspective taking and communication skills.

“This was such an amazing opportunity and I’m so proud of how far Benicio has come,” says Jose. “I was prepared to help him if he was overstimulated during the game, but he had very few experiences of sensory overload, thanks to the help from the Stramski Center!”

Gerardo was extremely excited for Noe to go since this was his first baseball game. At birth, Noe was diagnosed with Primary Ciliary Dyskinesia (PCD), which affects his ability to fight off respiratory infections, especially at a young age. Since he was 6-months-old, Noe has been treated at Miller Children’s & Women’s Children’s Pulmonary Institute, which has the only multispecialty clinic dedicated to PCD in southern California and one of only four in the western United States.

“Both my brother and I are super grateful to the Angels for these seats,” says Noe. “The All-Star Game only happens once a year and getting to sit so close to the field and the players is an incredible experience that we’ll never forget.”