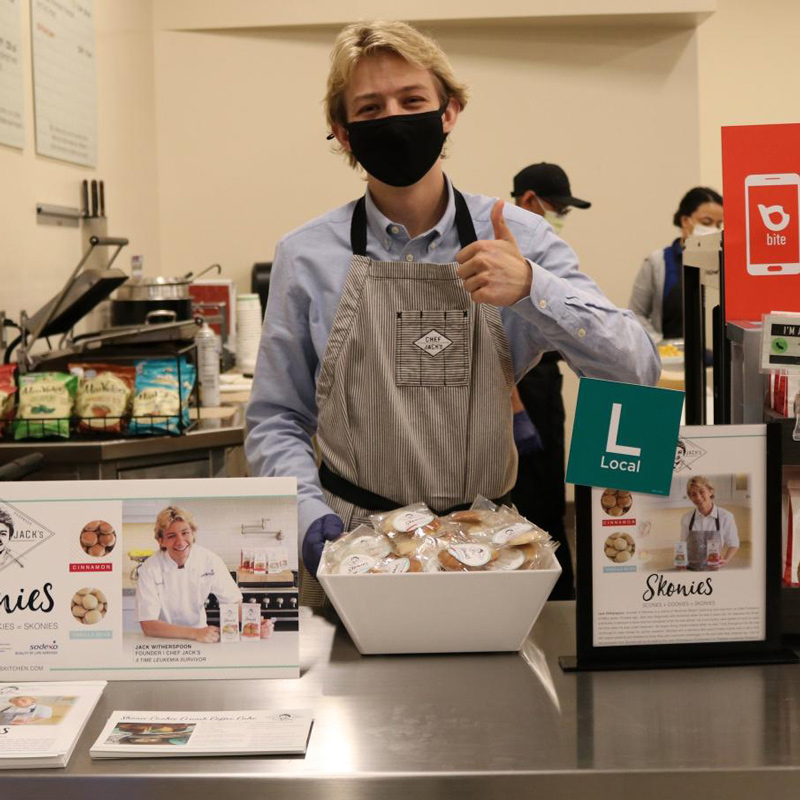 COVID-19 has impacted the lives of health care workers, so Jack provided Skonies as a way to pay it forward for the heroes on the frontline, some of which he has a personal connection.

Jack is a former patient of the Jonathan Jaques Children’s Cancer Institute at Miller Children’s & Women’s, where he was treated for leukemia. Jack had less than a 50% chance of survival and his battle with leukemia lasted nearly 10 years. He relapsed three times between 2- and 11-years-old.

“While being hospitalized at Miller Children’s & Women’s, I discovered my love for cooking,” says Jack. “Since I couldn’t hang out with my friends, I would watch cooking channels and learn new recipes.” My newfound love for cooking and the amazing doctors and nurses is what got me through those challenging years.”

Jack hosted a booth in the hospital cafeteria so staff who went to grab a snack or lunch were able to grab a free pre-packaged Skonie and give a brief hello. Staff congratulated him for how far he has come on his journey and shared support for his dream and goal to end childhood cancer.

“Our care teams and I are grateful for Jack and his outpouring of support for our hospitals,” says Ike Mmeje, chief operating officer, Miller Children’s & Women’s. “Jack’s continuous efforts toward ending childhood cancer and supporting those who helped him beat his own cancer are admirable, especially during a global pandemic.”

Jack’s Skonies will be available for purchase in the hospitals’ cafeteria moving forward. A portion of the proceeds will support the Jonathan Jaques Children’s Cancer Institute in its fight against childhood cancer, and Jack’s dream. 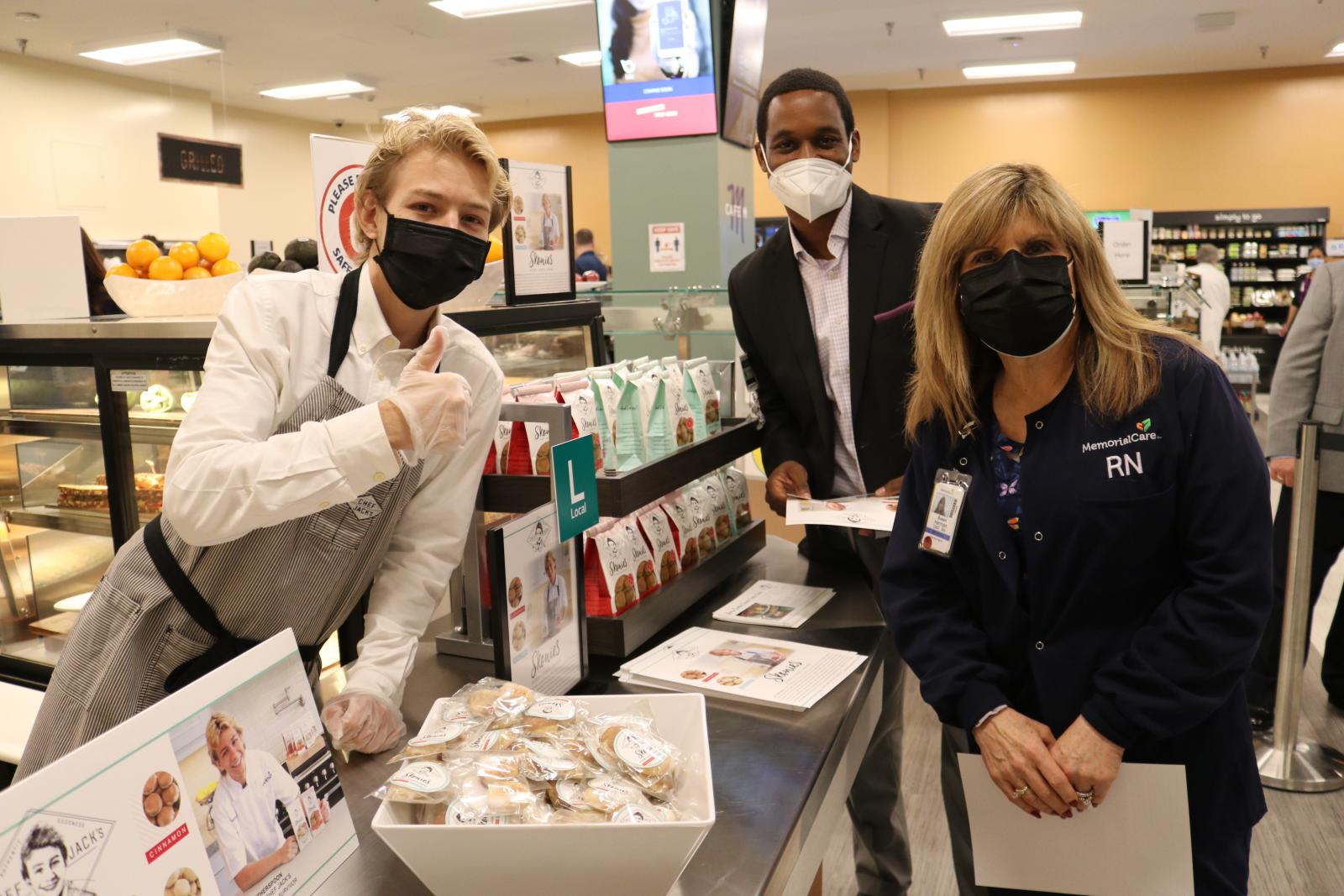 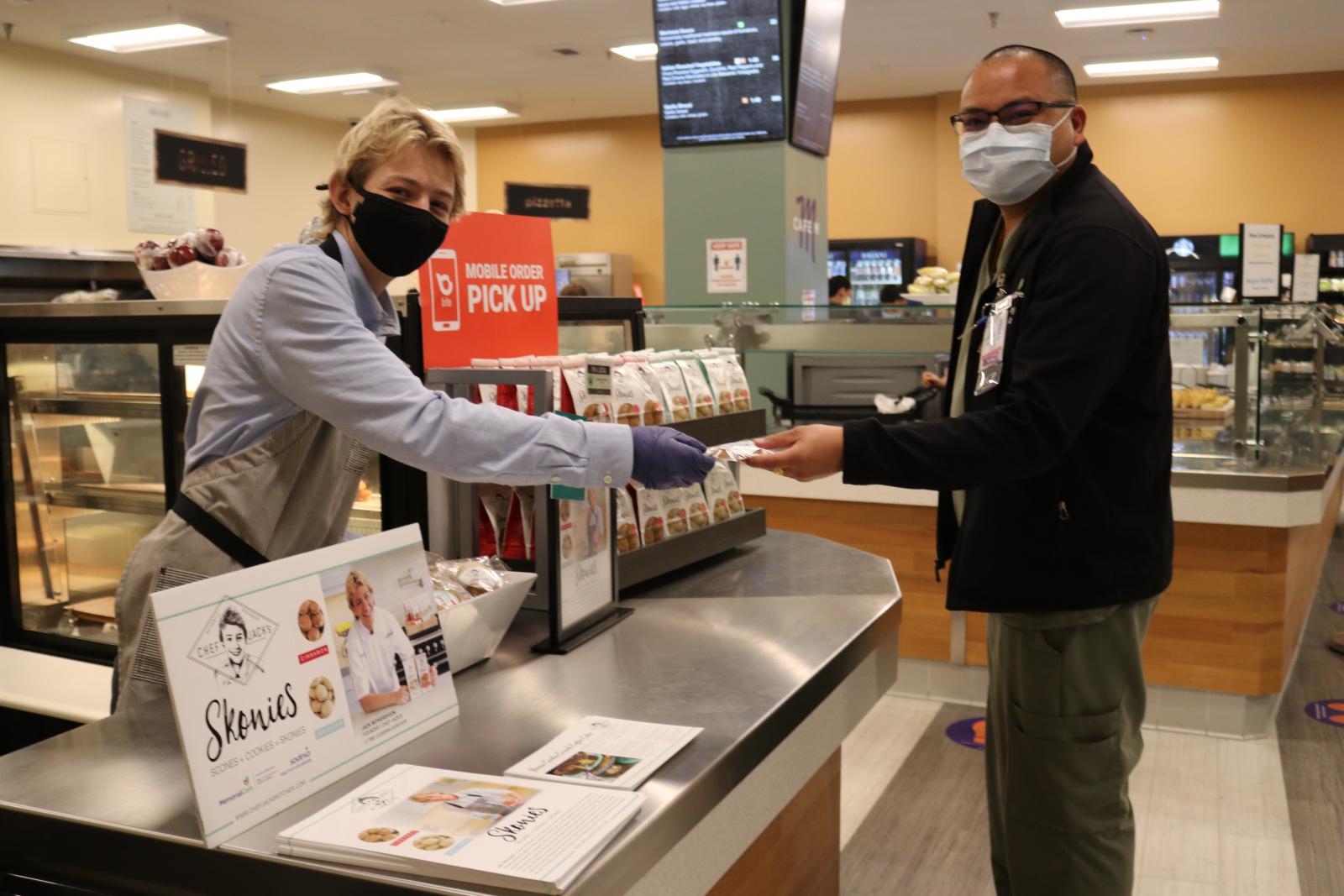