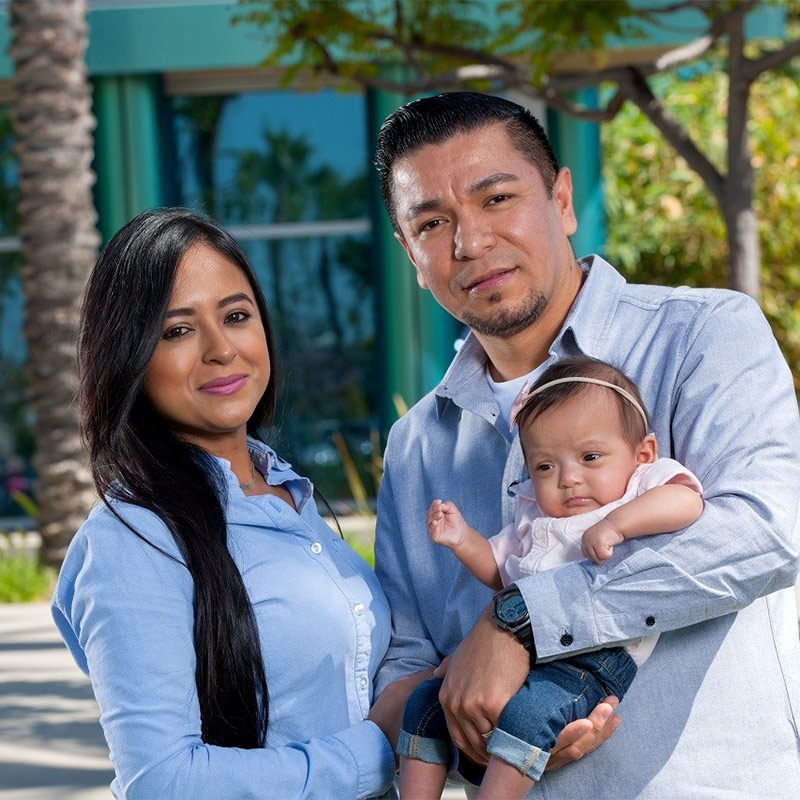 Born prematurely and with a life-threatening defect, Scarlett Conde needed immediate access to a Level III Neonatal Intensive Care Unit (NICU).  The highly trained transport team from Miller Children’s & Women’s Hospital Long Beach wasted no time – her treatment started as soon as she was carried into the ambulance. 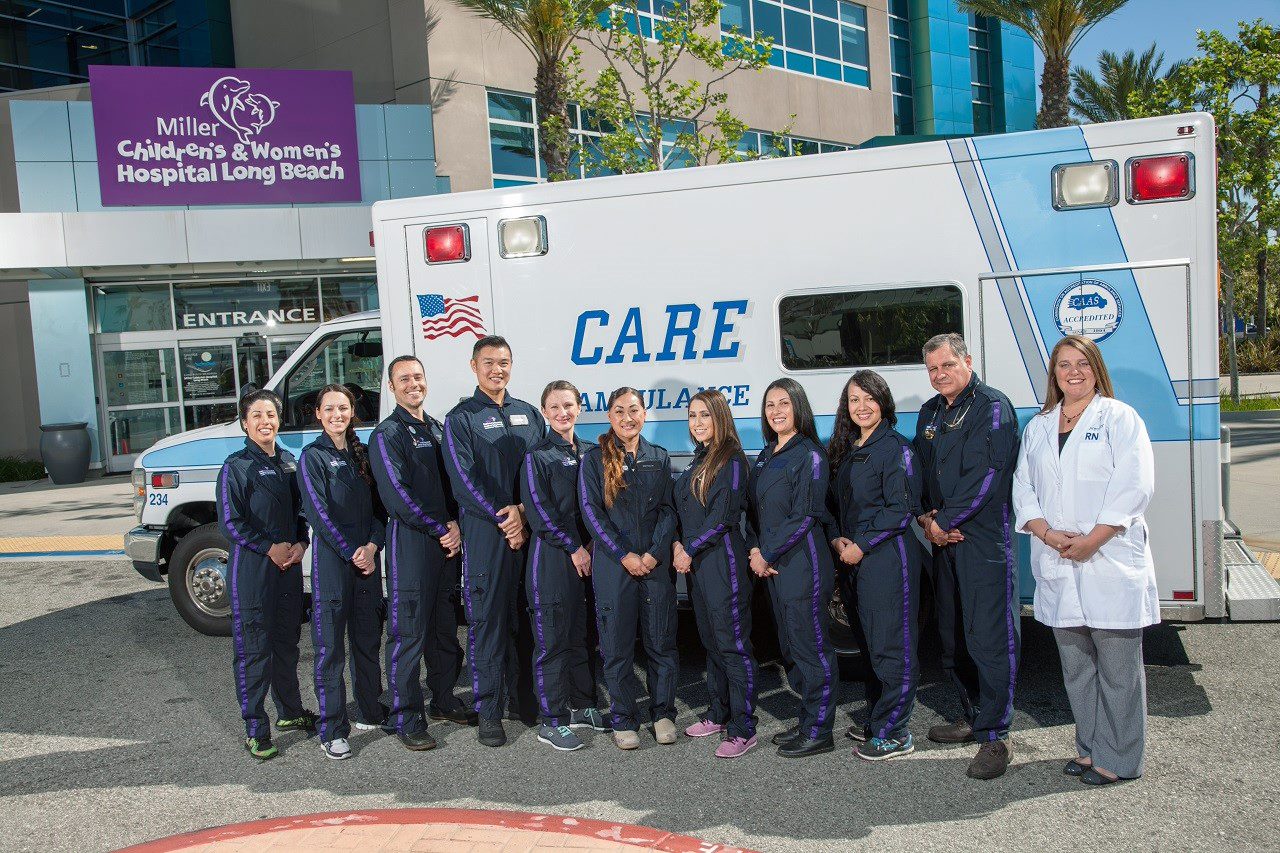 Nearly seven months into the perfect pregnancy, Lorena Bautista and Jorge Conde felt blessed. In December, they would be celebrating the birth of their first child. They left each doctor’s visit and ultrasound happy and confident because their baby was developing as expected. They were ready for their big day and the adventures of parenting. But on a Tuesday night, two months before Lorena’s due date, their world nearly fell apart.

While Jorge was in Mexico caring for his sick mother, Lorena began having contractions. As Jorge rushed to get home, Lorena was admitted to a local hospital. She stayed there for six days until doctors were convinced that the baby was safe.

Lorena was released on a Saturday. The next day, the contractions started again, stronger than before. She returned to the hospital, and after two days in labor, gave birth to a 3.5 lb. baby girl.

“It was all a whirlwind, so much was happening at the same time. I didn’t get to see or hold Scarlett after she was born,” says Lorena. “About an hour later, I learned why.”

Scarlett was born with a birth defect called tracheoesophageal fistula, a condition where there’s an abnormal connection between the esophagus and trachea.

“Normally, the trachea and esophagus are completely separate tubes,” explains Alireza Fathi, M.D., medical director, Transport Program, Miller Children’s. “The esophagus connects the throat to the stomach, and the trachea is the windpipe going from the throat to the lungs. With tracheoesophageal fistula, anything babies swallow, even their own saliva, could end up in their lungs, causing pneumonia or other life-threatening conditions. Surgery is the only solution.”

Miller Children’s is one of five pediatric trauma centers in California, with a comprehensive Transport Program serving families and referring hospitals in the Long Beach community and beyond. With a comprehensive multi-specialty team of neonatal and pediatric intensivists, neonatologists, dedicated transport nurses and respiratory therapists on-site 24/7, ambulances are fully equipped for pediatric patients, from preemie to young adult.

“Most ambulances can only transport and maintain patients like Scarlett. But every second of every minute matters,” says Shawna Simkins, director, Transport Program, Miller Children’s. “Our transport nurses are cross-trained to treat NICU and pediatric intensive care unit (PICU) patients. Miller Children’s Transport team offers the same level of pediatric care that these patients would receive in our pediatric or neonatal intensive care units. In the ambulance, treatment begins immediately. That equals better patient outcomes.”

“I had to stay in my hospital for 24 hours after giving birth, but Scarlett had to be transferred to Miller Children’s immediately,” says Lorena. “I was devastated when I kissed her goodbye. I knew that Miller Children’s was the best place for her, but it was so hard to let Scarlett go. I wanted to be there with her, by her side.”

As a complete women’s and children’s hospital, Miller Children’s Transport Program has a separate maternal-fetal ambulance ready to transport women with high-risk pregnancies. After birth, new mothers can have peace of mind knowing that their babies will always be by their side. If a medical crisis occurs, all programs and specialists needed are under one roof, with newborns being just steps away in the NICU.

Without Lorena, Jorge followed the ambulance to be with Scarlett at Miller Children’s. The next day, as soon as Lorena arrived, both parents were by Scarlett’s side in the NICU. At 3.5 lbs., she was too small and fragile to undergo corrective surgery, so doctors inserted a feeding tube through her abdomen to bypass her esophagus and deliver her mother’s milk directly into her stomach. Around-the-clock monitoring of Scarlett’s breathing, with state-of-the-art technology and highly trained specialists, kept her safe as she slowly gained her strength.

When the time was right, doctors at Miller Children’s performed surgery to reconstruct her esophagus and trachea. After more than three months in NICU, she was ready to go home.

A month after her release, Scarlett weighed in at 9 lbs. 3 oz. Today, she’s a happy, healthy seven-month old who’s sleeping through the night.

“Jorge and I thought we were prepared, but there’s no way we could’ve planned for this,” says Lorena. “As a new mom, my advice to expecting mothers is to choose Miller Children’s as their first choice to have their baby. They are ready for everything, expected and unexpected.”