It was a normal Saturday night when 4-year-old Jake Contreras was bounding down the stairs at home, pretending to be on an adventure all his own. Suddenly, with one misstep, he slipped and was sent tumbling sideways down the steps, his imaginary adventure disrupted. He hit his head – hard.  Except for a few tears, there was little to show for it. The night wound down and Jake went to bed.

Jake’s mother, Nelly, is a licensed vocational nurse. With her background in patient care, Nelly knew that even though Jake didn’t have any cuts, bruises or bleeding, the fall may have caused internal damage. She kept an eye on him through the night, waking him up every two hours.

All was well until the next morning – after drinking a glass of water, Jake started throwing up. Nelly took him to a local emergency room, and was shocked to learn there was little they could do for him. “They couldn’t do CT scans on children because of the radiation,” says Nelly. 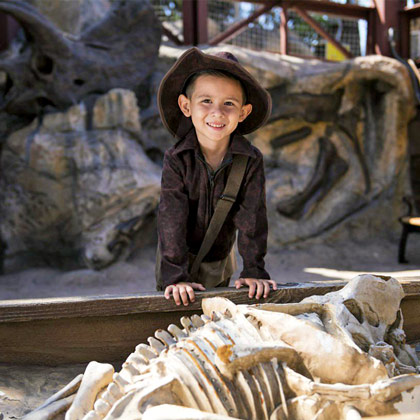 After throwing up again, doctors went forward with the scan and discovered a subdural hematoma - a collection of blood outside Jake’s brain that could be life-threatening.

“I was so scared – how were they going to be able to help him?” Nelly worried. “Then his doctors decided to send him to Miller Children’s & Women’s Hospital Long Beach, and I felt better, because I knew he was going somewhere just for kids.”

After receiving the request for transport, the team departed Miller Children’s and arrived at Jake’s hospital within twenty minutes. “The team got there really quickly,” recalls Nelly. “At that moment, I was nervous and scared – everything was happening so fast, but the transport team helped me
feel comfortable.”

When the team arrived, not only did they take the time to speak to the physicians and nurses caring for Jake, but they took time to speak with Nelly. The team introduced themselves, their roles in Jake’s care and explained how Miller Children’s would be able to help him.

“The nurse, Rachel, was great,” said Nelly, “and she was really good with Jake – and that’s so important. The entire team made sure he felt comfortable, and when he was with them, he had a little smile. The way they treated him made me feel good.”

Jake’s journey continued on to Miller Children’s. He immediately was admitted into the Cherese Mari Laulhere Pediatric Intensive Care Unit, where doctors discovered his condition had developed into a left posterior fossa hemorrhage, which creates intense bleeding and swelling in the brain. 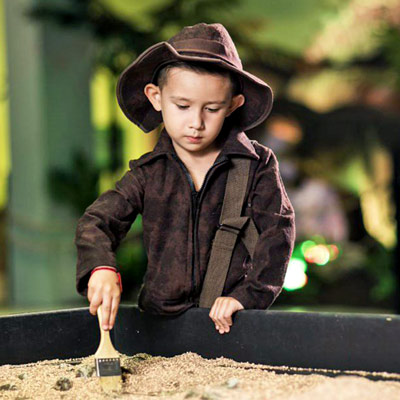 “A bleed could have been life-threating at any moment,” explains Shawna Simkins, director, Transport Program, Miller Children’s. “In the PICU, Jake was under direct observation by pediatric nurses and physicians. They’re trained to do neurological checks every hour and to notice small changes – the first 12 hours are critical.”

Being in a full-service children’s hospital, Simkins added, also was helpful, “If the swelling worsened, it could’ve been a surgical emergency. There would have been no delay in getting him that treatment if that were the case, because Miller Children’s has the Pediatric Surgical Center.”

For Nelly, the experience was a frightening adventure, “It’s so scary when this is happening to your own child. But the entire Miller Children’s care team was great – from the moment he was picked up by the Transport team to arriving at the PICU. Everybody was great and very attentive,” says Nelly. “At Miller Children’s, you can tell that they really care.”

After two days under observation at Miller Children’s, and when the swelling decreased, Jake was cleared to go home and back to his adventures – no worries on his brain.