Elias Thrives After Weighing Less Than 2 lbs. at Birth

After three miscarriages, Maria Andrade was thrilled when she finally got pregnant. Her pregnancy was going smoothly and Maria and her unborn son, Elias, seemed healthy at each appointment. Then, at 25 weeks, Maria was at a party when she felt fluid leaking, which felt like urine, but it was clear. After this happened, Elias began moving a massive amount in the womb and Maria knew something was wrong, so she went to her local hospital. 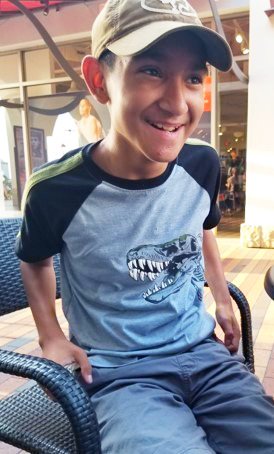 While she wasn’t in pain and wasn’t having any contractions, the team realized that she was already dilated and in labor. Maria needed to get to MemorialCare Miller Children’s & Women’s Hospital Long Beach before her son was born since her local hospital didn’t have the level of care she needed.

Within an hour of arriving, the Miller Children’s & Women’s transport team picked up Maria and brought her to the Cherese Mari Laulhere BirthCare Center. Miller Children’s & Women’s has a dedicated high-risk maternal transport program available 24/7 to safely transport mothers and their unborn babies to the BirthCare Center, which is just down the hall from its level III Neonatal Intensive Care Unit (NICU). By transporting Maria while Elias was still in the womb, it ensured they would stay together even after delivery.

The BirthCare Center team discovered that Maria’s amniotic bag had ruptured due to a bacterial infection. Four days later, Elias was born weighing just 1 lb. 8 oz., and was immediately taken to the NICU. He spent six months in the NICU and experienced several complications, including infections, heart surgery and a tracheostomy (trach).

After leaving the hospital, Elias continued to see Miller Children’s & Women’s specialists for follow-up care at many Outpatient Specialty Centers. Elias was treated by a pediatric neurologist for seizures, and received care for his trach and chronic lung disease from a pulmonologist and ENT specialist, and a gastroenterologist for his gastrostomy tube (g-tube) – a tube inserted into the abdomen that delivers nutrition directly to the stomach.

With all of these medical conditions, Elias needed multiple specialists to ensure he received the care to keep him healthy. Each specialist was located at a different office and utilized different scheduling procedures.

“When Elias needed check-ups, I did my best to schedule all of his appointments in one day,” says Maria. “If we were able to get all of the appointments on one day, we spent most of the day traveling between office locations. It meant a full day of appointments for both of us.”

It Takes A Village

“We had a strong support system from various specialties during our NICU stay, it was important that Elias’s needs were assessed as a whole person,” says Maria. “As a parent, I was empowered to make the medical decisions that would impact his life with all the disciplines working closely together. We were excited to learn that the new Village will model this culture of synergy. Having all the specialties in one place will not only benefit the patient experience in many levels, but also will empower the families and medical team to be simply better.”

Today, at 11-years-old, Elias still sees specialists from Miller Children’s & Women’s. Elias has undergone feeding therapy for five years to manage his challenges with eating, and is fed through the g-tube nightly to ensure he receives his medications and proper nutrition. Even though his trach was removed at 4-years-old, his vocal cords are paralyzed, that at times requires supplemental oxygen, but overall his breathing is strong.

“Elias is my miracle,” says Maria. “He wouldn’t be where he is today without the life-long care he has received and will continue to receive at Miller Children’s & Women’s.”