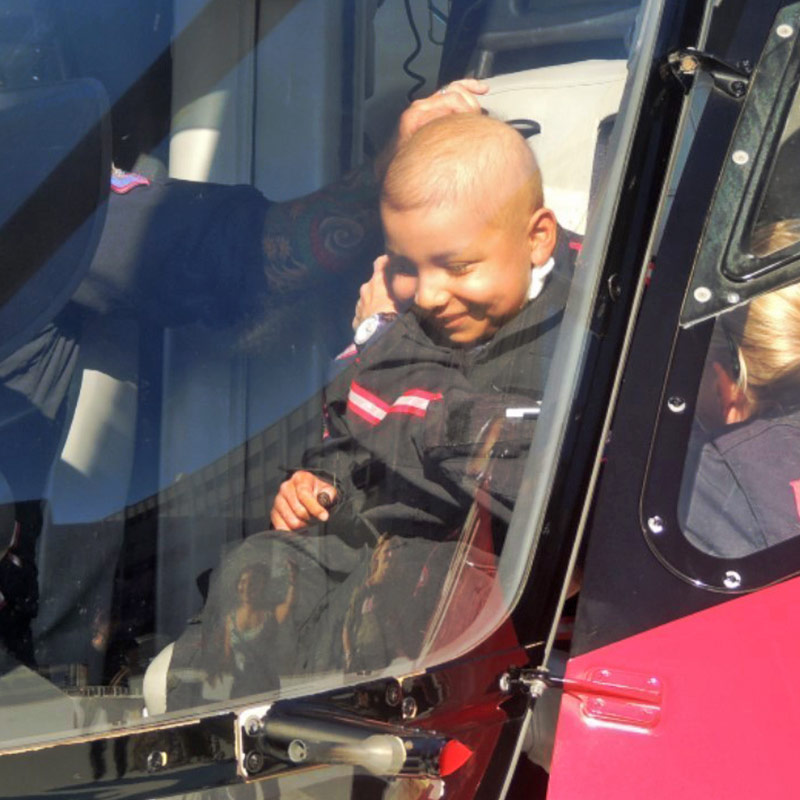 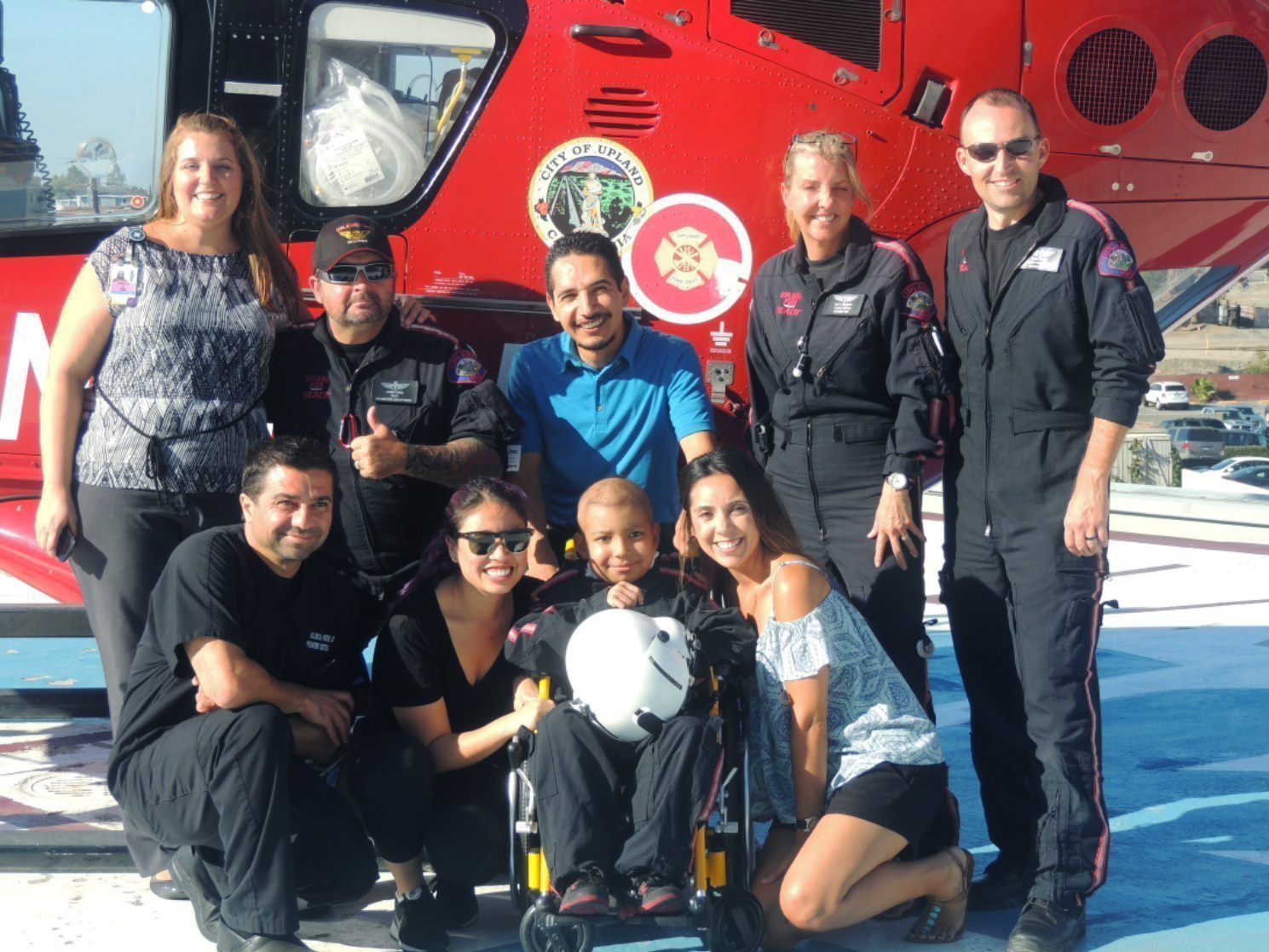 Diego’s dad, Jorge, was in shock. “I can’t believe it. Thank you doctor. He’s going to be so surprised.”

Life brings many surprises. Some are good and filled with excitement. Others can only be explained as unexpected. Often times, the images of strength and courage we carry are of champions with trophies, invincible men and women in armor.

At Miller Children’s, the patients are reminders that not all heroes wear capes, bear arms or are even adults. Pediatric patients are the greatest examples of fearlessness and courage.

An 8-year-old boy with a passion for cars and toys that go vroom, Diego arrived at Miller Children’s with a fever, sore throat and neck swelling. Diego’s condition rapidly worsened. His airway became compromised as a result of the swelling and required intubation.

Diego was diagnosed with biphenotypic leukemia, a rare disease, and his health sped into a nosedive. Even so, Diego still held his fighter’s spirit and needed a team behind him that would challenge his disease and bring him back from the brink of death.

The acute form of leukemia overwhelmed Diego’s body and forced his condition to teeter from stable to critical for weeks. The Pediatric Intensive Care Unit (PICU) and Jonathan Jaques Children’s Cancer Center (JJCCC) care teams worked together to combat the disease with chemotherapy and to treat his various conditions, including, but not limited to, multiple organ failure – including his kidneys and heart – a result of severe infection which also affected Diego’s ability to breathe on his own.

Members from across the spectrum of pediatric medicine at Miller Children’s came together to work with Diego’s parents and ensure that every aspect of their son’s health was cared for. Diego worked with Child Life Specialists to reduce the trauma that comes with hospitalization by promoting the continuity of normal life with daily childhood activities like blowing bubbles, playtime with his sister and of course, playing with his die cast model cars.

Diego’s boyish charm and sweet smile soon captured everyone.  JJCCC’s comprehensive psychosocial programs and multi-disciplinary care team followed Diego from the time of admission, through his hospital stay and, once discharged, were a part of his follow-up care in the outpatient setting — including physical therapists, dietitians and more.  Once stabilized, Diego underwent weeks of rehabilitation, including physical and occupational, with his family and care team. Diego surprised everyone by beating the odds and regaining his strength.

One day as Diego waited in his hospital room playing with his cars, he noticed a helicopter landing on the hospital heli-pad. He turned to his dad and said, “I wish that one day I can ride in a helicopter.”

After watching his son win the fight for his life, Jorge knew he had to take this opportunity to grant Diego’s wish. Jorge reached out to Diego’s care team to see if they could help. Again, Diego’s care team answered the call and set up a surprise helicopter ride.

“Diego's faith in God was always present,” Jorge said. “Diego would ask me to pray for him every night. He even prayed to go on the helicopter ride and it happened.”

REACH’s Air Medical Services landed on the heli-pad, the team of expert transport nurses and paramedics walked down to Diego’s patient room. They walked into Diego’s room and Diego put his model cars down in awe. Diego’s mother, Diana, filmed the moment, capturing her son’s reaction as the light in his eyes beamed while he was fitted into his very own flight suit and received official flight wings.

The helicopter transport crew, along with their new crew member, Diego, made their way up to the heli-pad. Jorge and one of the flight paramedics hoisted him into the front passenger seat. The flight team fitted him with a helmet, head gear and strapped him into his seat. The helicopter rotor blades began to turn powerfully propelling the aircraft above the roof. Diego’s smile shined down as he gave a big thumbs up – this in fact had been the best surprise yet.