Fighter Since Day One 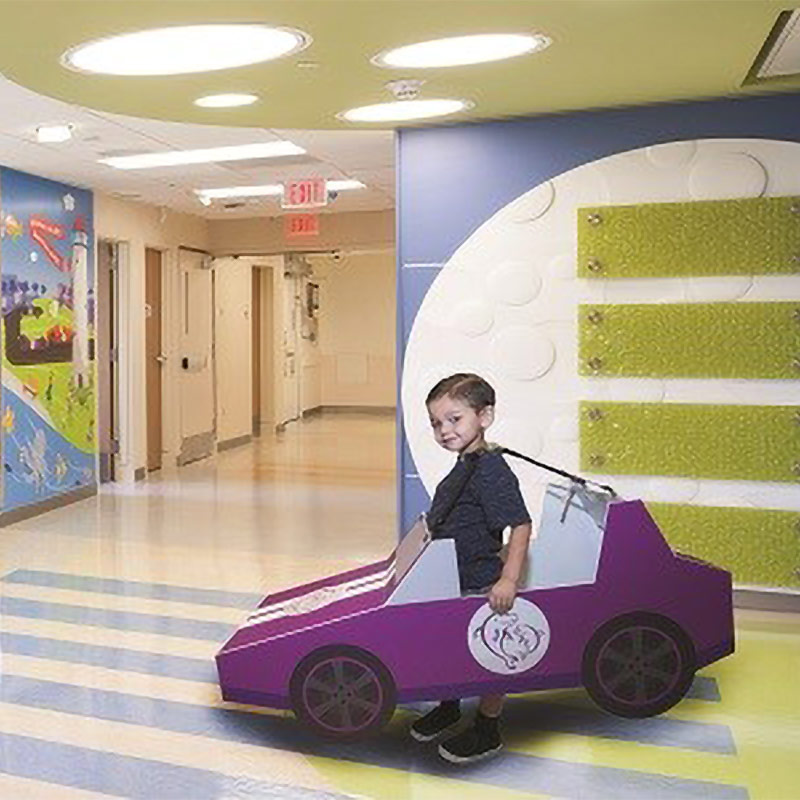 Ashley Cervantes knew her second pregnancy wasn’t going as planned from the start. 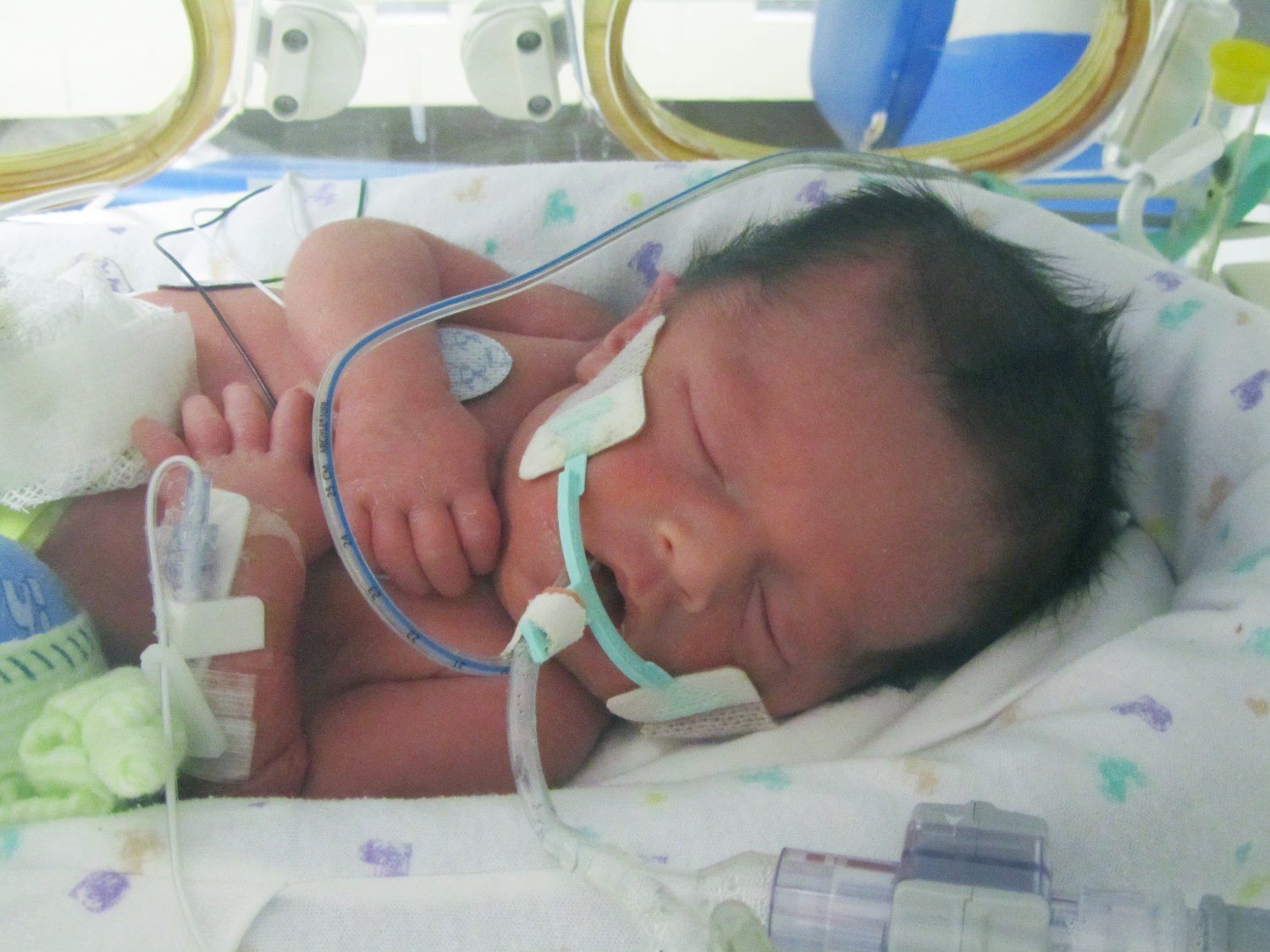 At six weeks, there was a sack, but no baby in the ultrasound. At eight weeks, another ultrasound revealed there was a baby developing on track. Ashley and her husband, Richard, knew there would be struggles ahead, but they kept moving forward with each doctor’s appointment.

At 12 weeks, their baby boy Derrick was diagnosed with gastroschisis – a condition where his intestines were being pushed out of his body due to a hole in his abdomen.

“We knew there would be some complications, but we were still nervous about the diagnosis,” says Ashley. “Knowing Derrick would need surgery immediately after birth, we switched our insurance to ensure we would deliver at Miller Children’s & Women’s Hospital Long Beach because we wanted him to get the specialized care he would need.”

Miller Children’s houses a level IV maternity center and a level III Neonatal Intensive Care Unit (NICU) under the same roof, which means that if problems arise, the baby is treated at the same hospital as the recovering mother. The BirthCare Center was deemed a level IV center for maternal care by the American College of Obstetricians and Gynecologists (ACOG) and the Society for Maternal-Fetal Medicine, which means that it meets state regulation standards to care for pregnant women.

A level III regional (tertiary) NICU means that the unit must meet strict state regulatory criteria to provide the highest level of necessary care for very sick infants who need immediate surgery, or who weigh less than 2 pounds. The team of dedicated physicians, nurses, therapists and other care team members, combined with state-of-the-art technology, work to save the lives of infants born too sick or too early.

“During my delivery, Derrick’s first primary NICU nurse was with me,” says Ashley. “Kelly was there from his first breaths and throughout his entire time in the NICU. She is still super involved in Derrick’s life.”

Immediately after he was born, Derrick’s intestines were placed in a transparent medical plastic bag and he was brought into the NICU. Surgery in a small or medium size gastroschisis case is a one-staged repair that includes returning the bowel contents into the abdomen and closing the skin. If the gastroschisis is large, like Derrick’s, it may need to be closed in a staged procedure over three to five days.

A silastic sheet (silo) was placed around Derrick’s exposed bowel, and every day, the silo is tightened to push more bowels into his abdomen. The silo was then removed and the skin on Derrick’s abdomen was surgically closed at only 12-days-old, but Derrick’s NICU journey wasn’t over yet.

On New Year’s Eve, Derrick went in for his third surgery at just 2-months-old. During surgery, 180 cm of his small and large intestines were removed. Babies are only born with 200 cm and his surgeon gave him a 50 percent chance of survival. The surgery left Derrick with a diagnosis that would change his life forever – short bowel syndrome. An ostomy bag, which is a medical device that is used to collect waste outside of the body, was placed for 8 weeks. Two months later, Derrick’s bowels were reconnected.

After 6 months in the NICU, Derrick finally went home on April 26, 2012 on Ashley’s birthday. “It was definitely a gift for me to bring him home, but it was scary to go home with this fragile baby,” says Ashley.

When Derrick first came home, he was on an IV for 20 hours a day and all of his feedings were done through a g-tube – a tube inserted through the abdomen that delivers nutrition directly to the stomach.

Since being out of the NICU, Derrick has had five additional surgeries. When he was younger, Derrick was in the hospital about three times each year for at least two weeks for line infections.

“I don’t know where Derrick would be right now if it weren’t for Dr. Mathis and Linda,” says Ashley.

“Derrick now does all of his feedings orally and doesn’t use a tube,” says Ashley. “He eats everything and his g-tube will be removed in just a few months. Derrick wouldn’t be the accomplished fighter he is today without the specialty care he received at Miller Children’s.”