When osteosarcoma threatened Dallas' life and limb we fought by his side and kept him jammin'. 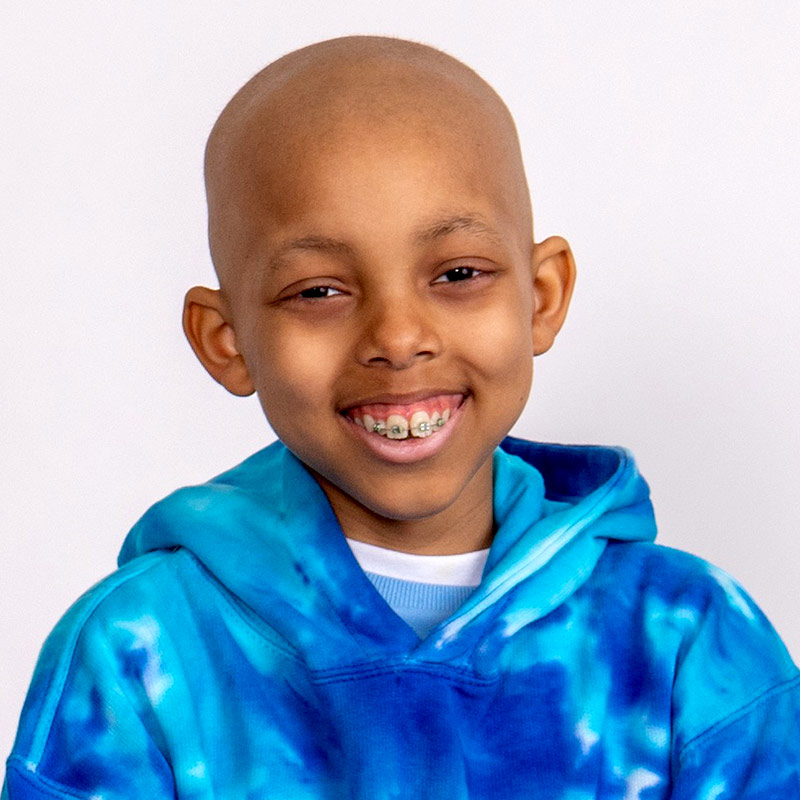 Dallas, 11, smoothed his fingers over the keys of the electric piano. He glanced at his music sheet and started practicing scales. Just as he was about to finish a chord, his infusion pump began to ping. 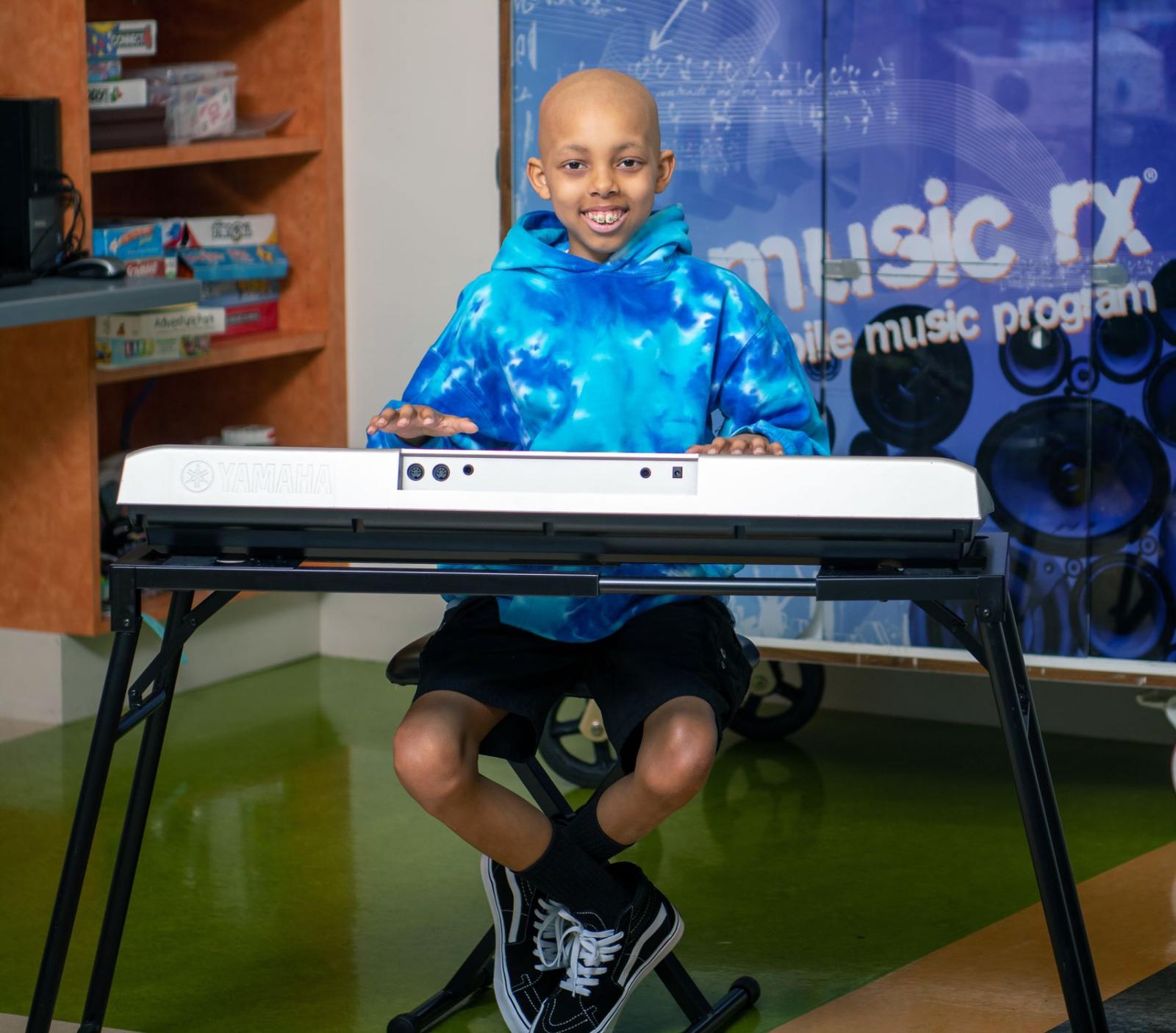 Dallas is a patient at the Jonathan Jaques Children’s Cancer Institute at MemorialCare Miller Children’s & Women’s Hospital Long Beach. More specifically, Dallas has osteosarcoma. Osteosarcoma while very rare, is the most common type of bone cancer among children, adolescents and young adults.

A small fall during recess left Dallas in excruciating pain. Dallas’ level of pain surprised everyone. How could a minor tumble cause him so much distress?

Once his mom Jessica arrived from her long work commute and saw Dallas’ pain first-hand, she knew something couldn’t be right. Dallas was rushed to the Emergency Department at Miller Children’s & Women’s, shared with Long Beach Medical Center.

Diagnostic imaging discovered Dallas had a fracture right above his knee and a mysterious growth on his leg. He would need to stay overnight, get a splint and see a specialist. Suddenly, Dallas’ situation turned serious.

After two weeks, more diagnostics revealed what was thought to be an aneurysmal bone cyst — a benign, blood-filled lesion. A biopsy revealed that the cyst was in fact a sarcoma — a tumor that occurs in the bones and soft tissues. A sample of the sarcoma was sent for testing while Dallas recovered from surgery.

After about a week, Dallas’ mom received a life-changing phone call. Dallas was diagnosed with osteosarcoma. Osteosarcoma not only threatens life, but potentially the affected limb.

While sharing news of cancer over the phone was not standard practice, Dallas’ case was time-sensitive. Dallas and his family met with Jacqueline Casillas, M.D., board-certified pediatric hematologist/oncologist team, medical director, Jonathan Jaques Children’s Cancer Institute, as soon as possible.

The pediatric oncology was contacted immediately after the biopsy results were returned. From that finding, a specialized oncology treatment plan was developed by the multi-disciplinary care team at Jonathan Jaques Children’s Cancer Institute. 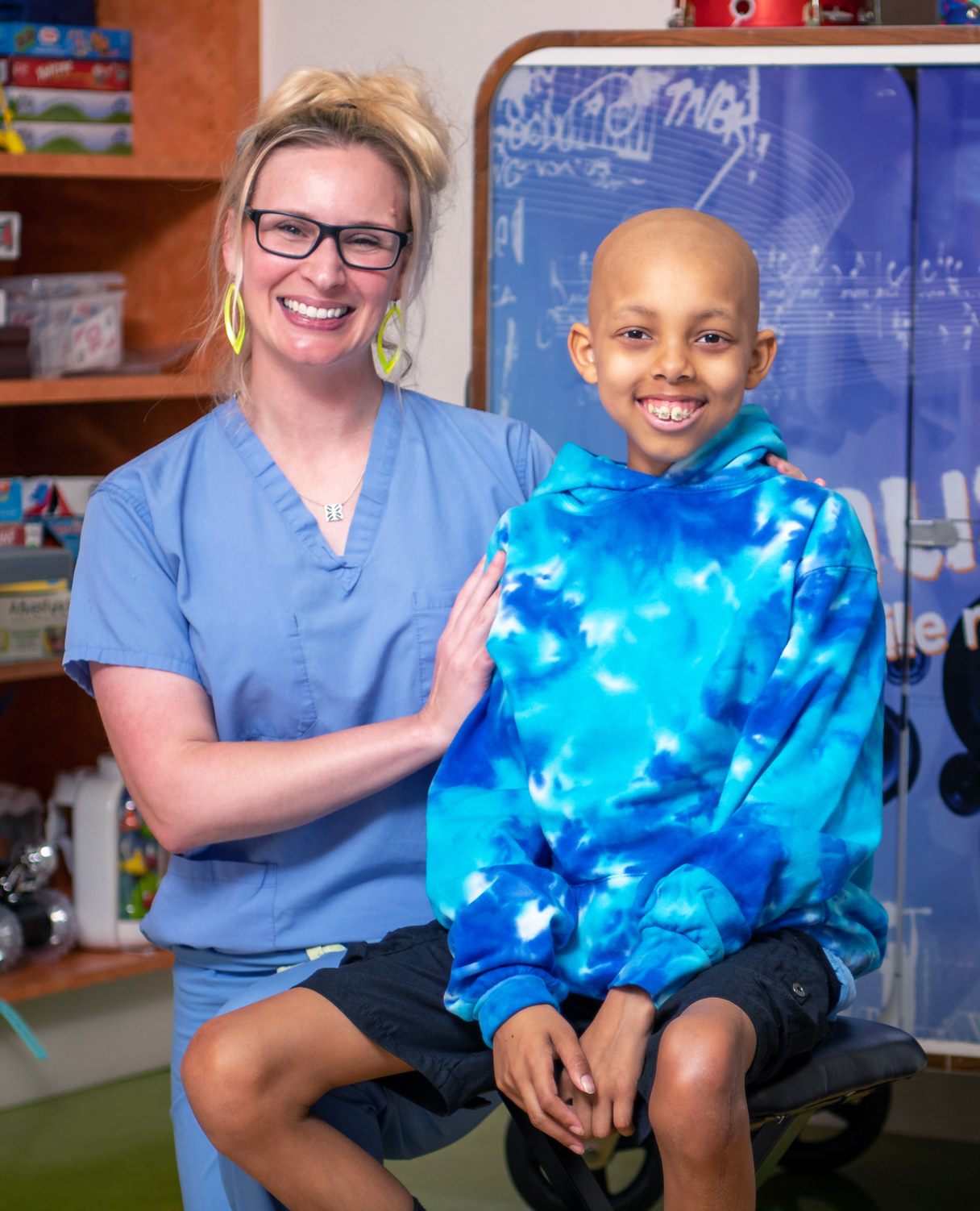 As part of his care plan, Dallas would be treated under Miller Children’s & Women’s specialized Soft Tissue & Bone Tumor Program, which is dedicated to the treatment of bone cancer and soft tissue sarcomas. Miller Children’s & Women’s is the only children’s hospital in the region to have an in-house orthopedic surgeon specializing in both pediatric orthopedic surgery and musculoskeletal oncology, Amy Williams, M.D. The role of a musculoskeletal oncologist is to remove tumors while salvaging limbs.

“Innovative reconstruction techniques are used to save the affected limb,” says Dr. Williams. “We treated Dallas with implants that are expandable and can ‘grow’ along with him.”

Expandable endoprostheses are artificial implanted devices used to replace a missing body part and are generally made of metal and plastic. They can be described as large versions of more standard joint replacement implants.

For lower extremity (leg) tumors, like Dallas’, the implants replace the section of the bone that was to be removed. The implants can be lengthened surgically to match the growth of the healthy leg with techniques that ensure that leg lengths are of equal lengths to maintain current limb alignment.

In addition to his physician treatment, Dallas also received care for his mind and spirit. Miller Children’s & Women’s provides a Music Therapy Program that soothes hospitalized children and their families with the healing power of music. 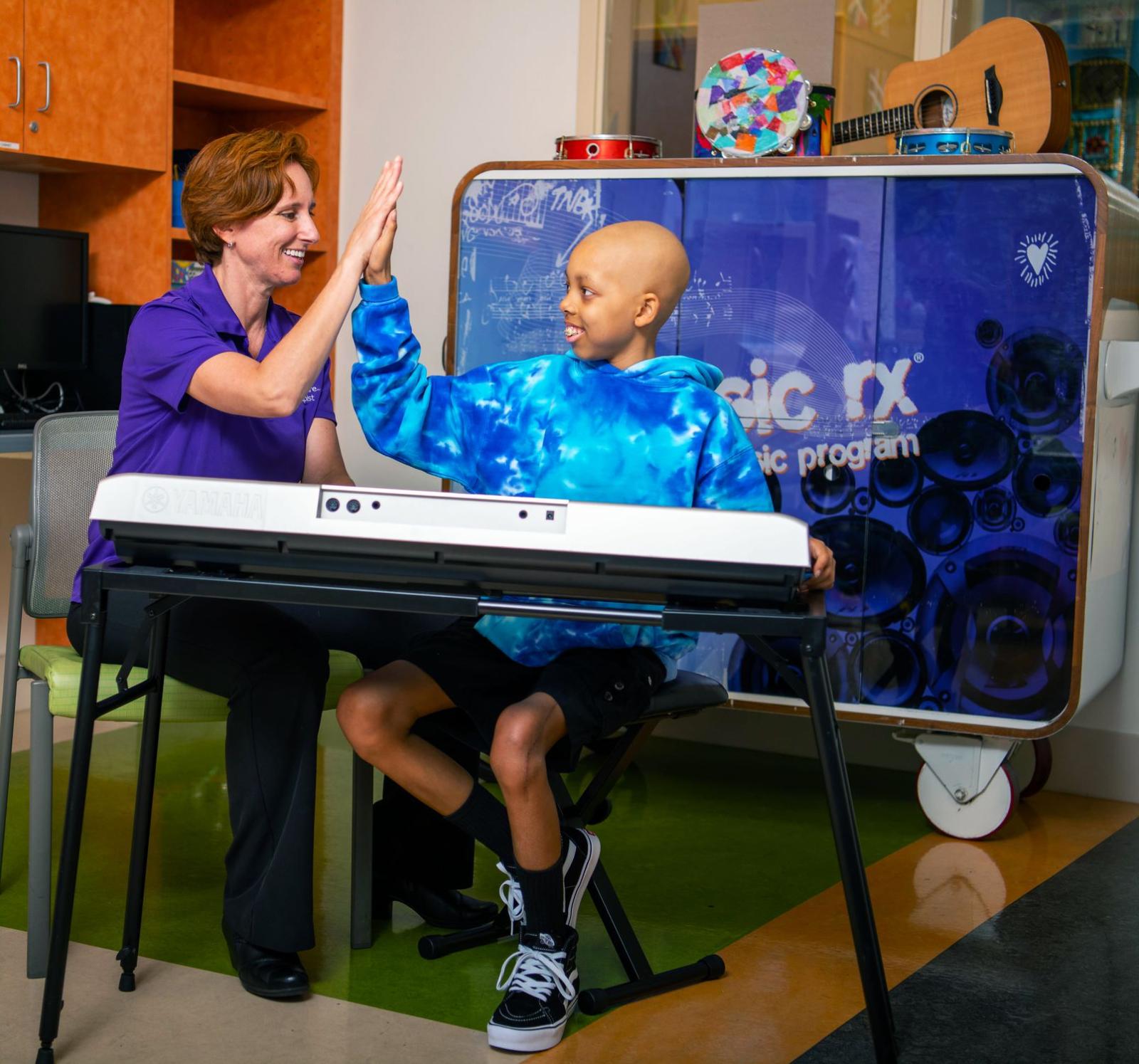 “Music therapy is used as a distraction for patients that are experiencing stress and anxiety, and enhances coping skills during their hospital stay,” says Laurel Terreri, MA, MT-BC, board-certified music therapist.

Laurel taught Dallas to play piano during his hospital stay. She helped make sure Dallas stayed jammin’ despite his tough treatment for his rare cancer diagnosis. 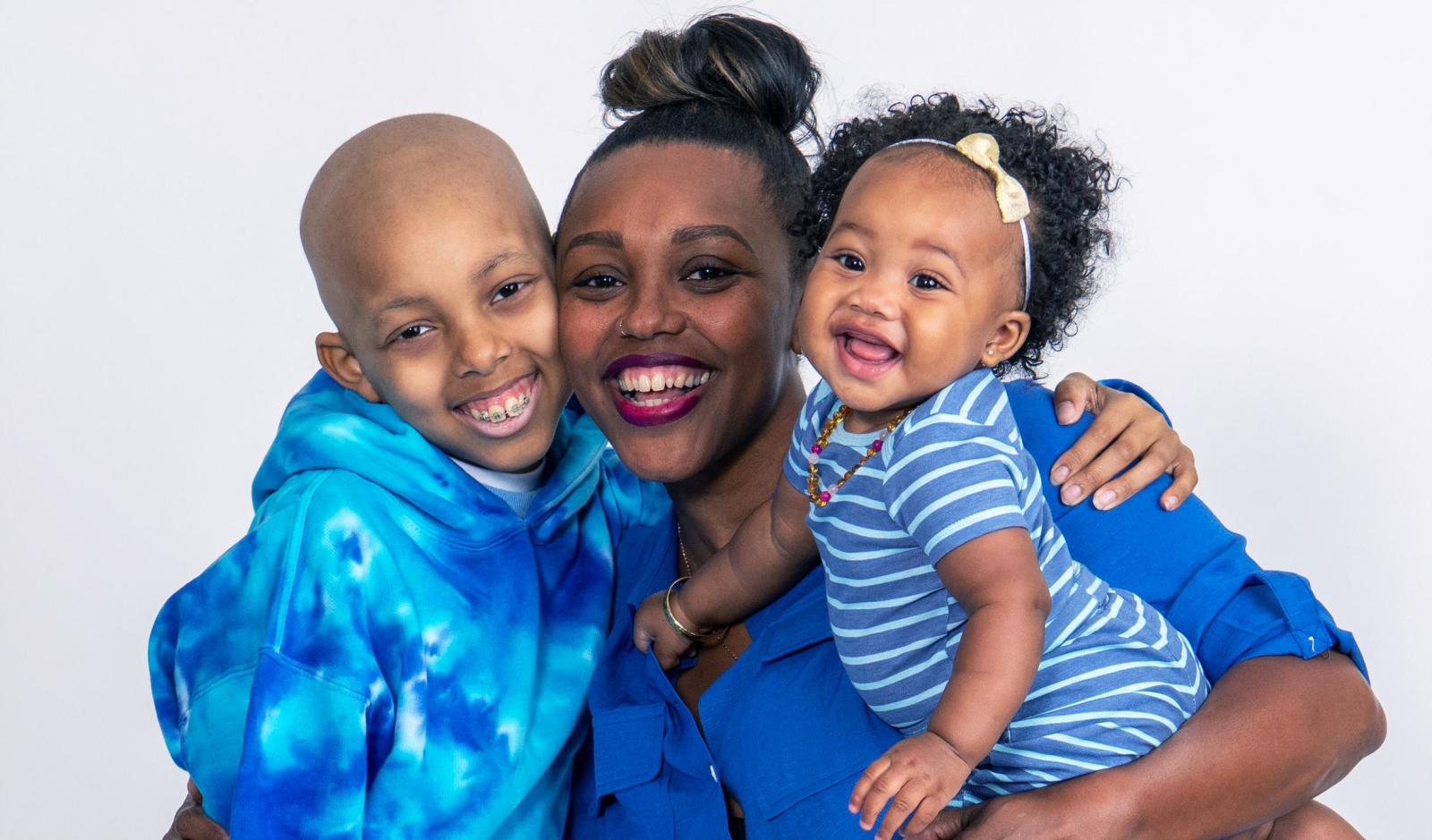 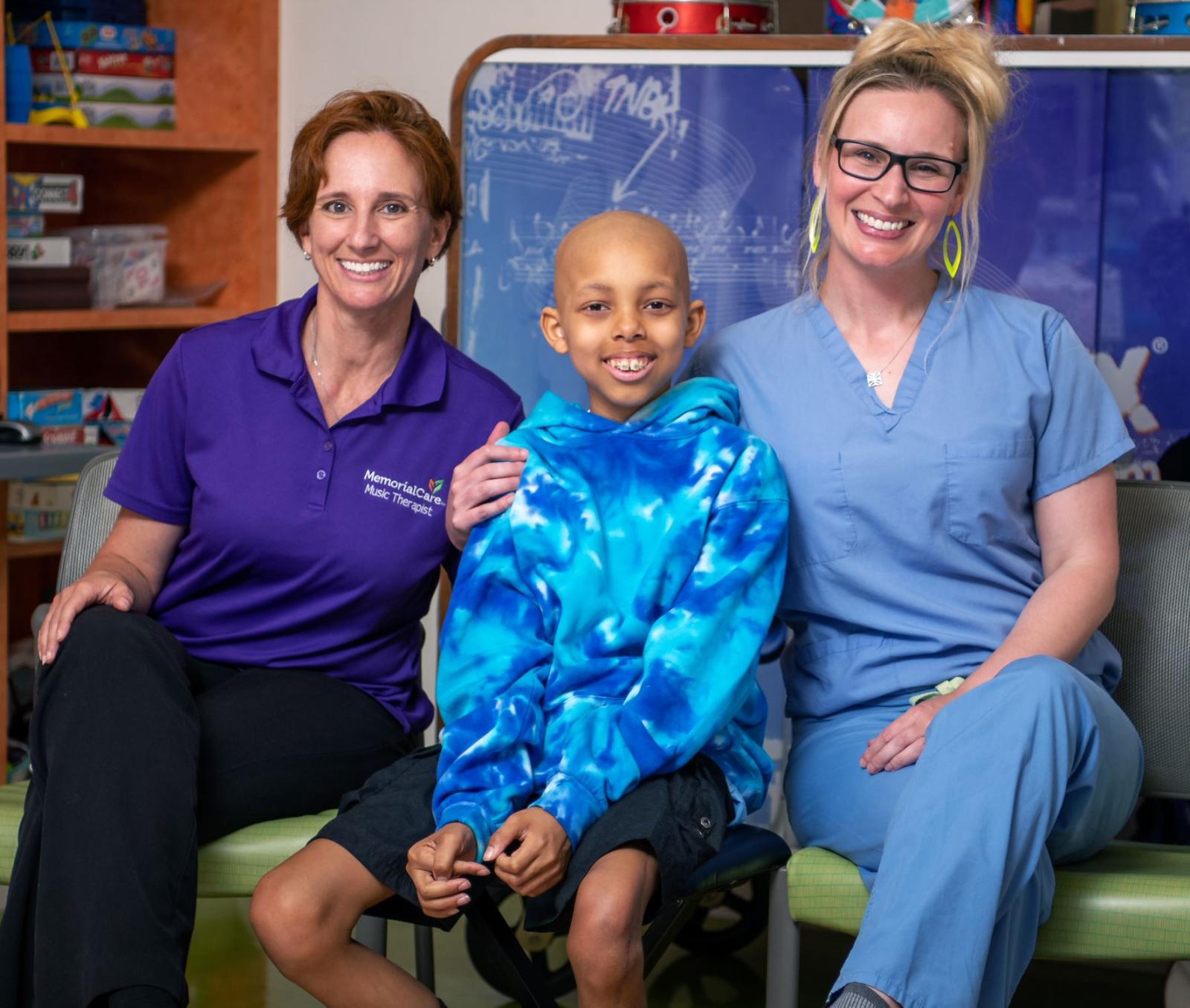 Could Cancer be the Underlying Cause of Your Child’s Pain? 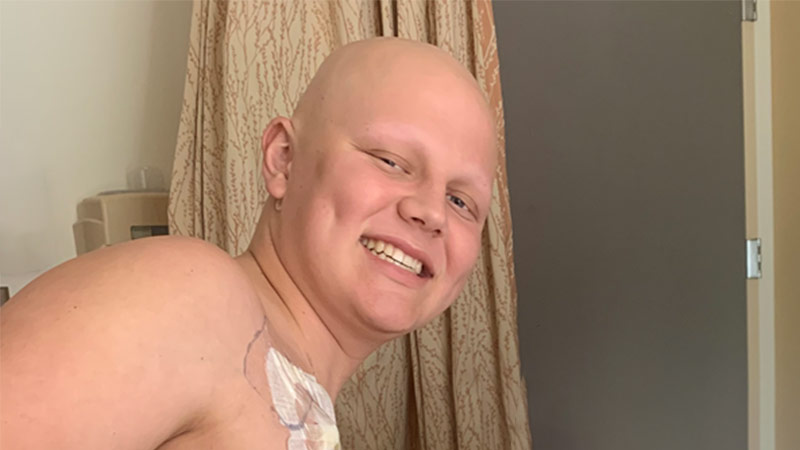 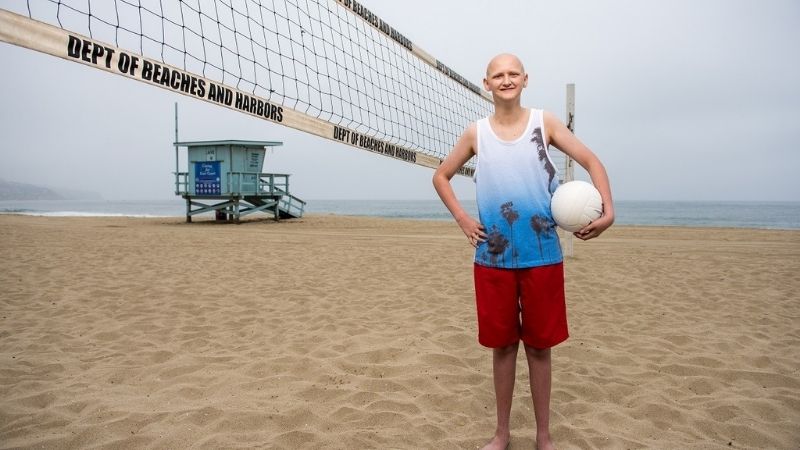 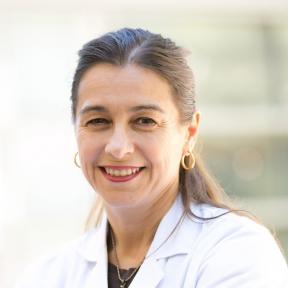